Shyvana Rework plan: Bring her back to Fighter Playstyle 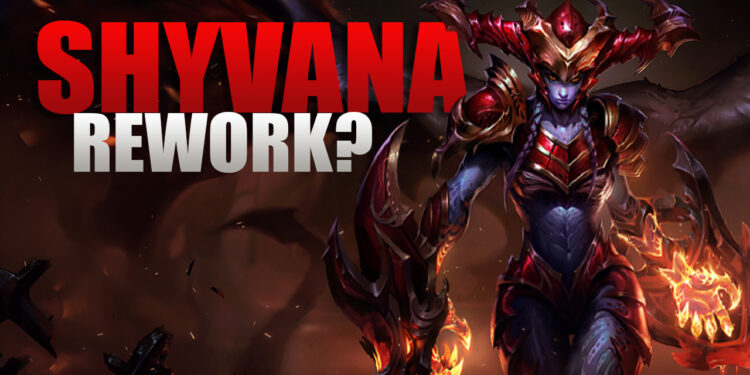 Asking RIOT to have a rework plan for Shyvana is not something new, the LoL community has done this several times. Moreover, she even appeared in the Rework Vote in 2019, however, sadly, she lost against Volibear and Fiddlesticks. And, in the recent development plan, RIOT chose Dr.Mundo to be reworked, because of that, players are worried that RIOT forgets reworking Shyvana.

However, a few days ago, Riot Meddler – Game Director of League of Legends replied demand of players about reworking Shyvana. He confirmed that Shyvana needs a VGU (rework both in visual and playstyle). He strongly announced that he would not consider a VGU that did not support a fighter playstyle.

The original idea of RIOT when they made Shyvana is that she would be an AD Fighter. However, AP build seems to be stronger for her at the moment, players mainly build AP for Shyvana then burst damage with her E – Flame Breath in Dragon form. This go directly opposite to RIOT’s original plan.

But, RIOT need more time to make a new look of Shyvana, as Meddler mentioned, they need to prioritize Urdy first, and a plan of reworking Dr.Mundo a few months ago. Finally, there is hope for players who love Shyvana, but still, need to wait for more time.