Skarner Rework might change his thematic to a more ‘Hextech’ look 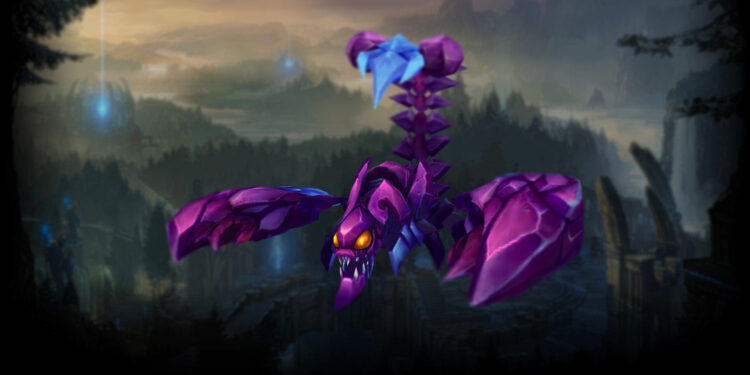 The Crystal Vanguard, Skarner, handily won the 2022 VGU poll and will have all of his skills and skins reworked entirely

When Riot Games introduced the poll, they discussed the modifications they would make to the living Brackern if he garnered enough votes from fans. Riot claims in their game updates post that Skarner’s generic fantasy is from a ‘bygone’ era of League of Legends.

Despite prior reworks, Riot has never been able to adequately express Skarner‘s thematic around his gameplay. Riot is more concerned about his potential as a big crystalline monster than with anyone feature of his existing arsenal. So, Riot Games are already planning on reworking his entire theme, kit, and visual (just as with Sion and Urgot).

According to League of Legends, Skarner’s (or the Brackern’s) namestone is one of the most significant components of a brackern’s body, as it is essential to their life and culture. These namestones, called hex crystals by piltovans, would be utilized to power mechanical innovations also known as hextech.

The Brackerns are an old, mystical race, and a rework would most likely give some of his magical skills a modern ‘Hextech’ aesthetic. With a less humanoid look in his face and potentially new voice effect, the rework will most likely push Skarner even farther towards being a ‘crystalline scorpion’.

The only element that are likely to remain is his role as a bruiser jungler. In any case, the redesign is likely to take him on a completely different path, visually and in terms of the majority of his skills.

Skarner’s visual will very certainly be pushed farther into the monster realm, with many fans complaining about the absence of non-humanoid monsters. In time for 2023, Skarner is expected to shift drastically from now.