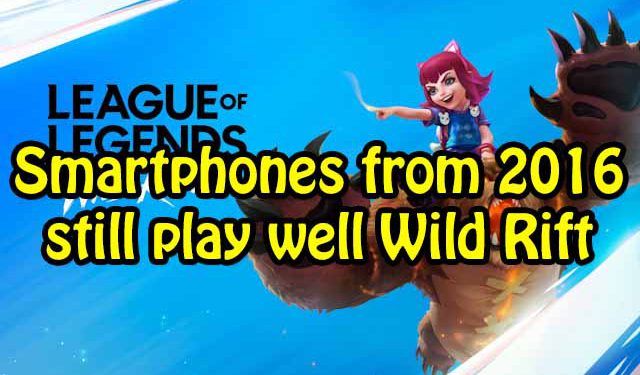 Most likely, gamers who have used smartphone devices since 2016 can still experience League of Legends: Wild Rift smoothly.

With this information, the opportunity for players to experience League of Legends: Wild Rift ​​for old smartphone devices will be much greater.

However, this is only when League of Legends: Wild Rift officially launched the version for all players.

As for the upcoming Alpha Test, not every player has the opportunity to experience it. Not to mention that gamers have a trial capacity this time or not, just the configuration requirements of League of Legends: Wild Rift alone is enough to make a lot of players “fall”.

Specifically, only gamers who use the Android operating system with a 64-bit processor chip will be eligible to test League of Legends: Wild Rift.

That is, both iOS gamers and a part of players using the 32-bit Android platform are not eligible to participate this time. According to the announcement from Riot Games, the official version, Riot Games will try its best so that all gamers, including 32-bit Android users, can experience League of Legends: Wild Rift.

Currently, Riot has only confirmed that the accounts registered since the League of Legends: Wild Rift project was introduced are eligible to participate this time. However, it is not known what will happen, until this Alpha Test officially appears. At that time we have the most accurate answer.