Smeb Revealed a Special Reason Why He Didn’t Join T1 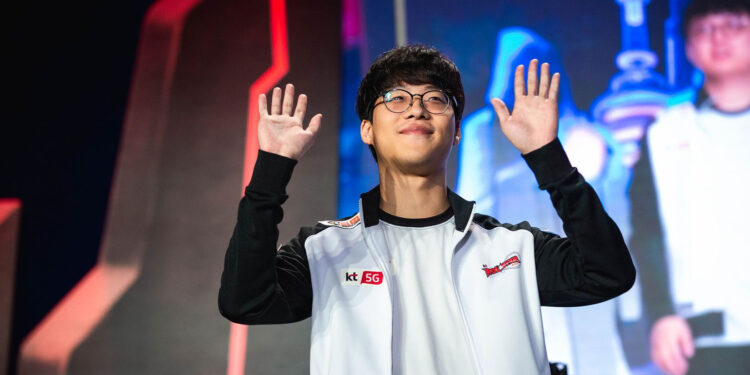 Like many other legends, SKT has become an extremely “haunted” name in Smeb’s career.

Recently, Smeb had an interview with Inven Global, with the content summarizing 7 years of career and sharing interesting memories while still playing.

One of the questions that the fan community has been on for so long is the rumors about joining SKT (currently T1). As is known, these rumors even appeared at the time when he was about to leave ROX Tigers in 2016. And since then, every transfer period, whether Smeb will join SKT or not has become a tumulting topic.

But in the end, it was a prospect that never happened, Smeb spent most of the peak of his career with ROX Tigers and KT Rolster – two of SKT’s long rivals. Sharing the reason for not joining T1, he confirmed that he had received an offer from SKT, but he declined, although it was extremely attractive.

“What if I had chosen SKT instead of ROX? I thought of that a lot [Laughs]. I got more offers later on as well. They contacted me after the ROX members were scattered, but you know, I had that feeling. I wanted to beat them. I wanted to destroy them, no matter what. After all, I had lost to SKT so many times. That’s the reason I chose KT.

As for now, I sometimes think, “Why did I do that? Why didn’t I go to SKT? I was too young back then.”

Indeed, in terms of confrontation history, Smeb is one of the players with the most T1 (SKT) avoidance touches. And he also had many times to taste the bitter fruit in the matches with Faker and his teammates. The culmination was the defeat at the 2015 Worlds Finals and the 2016 Worlds Semifinals.

Riot Opens the Vote for a Champion Reworked in 2022

Smeb twice won the LCK championship in the Summer of 2016 (with ROX Tigers) and Summer 2018 (with KT Rolster), but unfortunately, there was no appearance of SKT during the championship stage (the group was early disqualified). So, Smeb’s dream of “completely beating SKT” was still unfinished until he retired.