SofM brought Suning back to their throne with Lee Sin 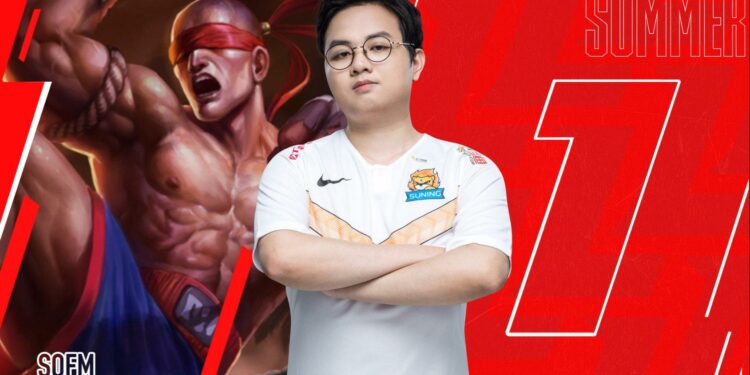 Recently, SofM and his teammates performed such a good show against OMG with the final result of 2 – 0.

After winning RNG, players of Suning have removed their pressure. As a result, in the match versus OMG, Suning showed no hesitation.

On an extraordinary day when SofM had a chance to use Lee Sin as the Jungler, he showed his talents and skills as the top-tier Lee Sin player. He did not only gank effectively but SofM also performed combos extremely fast in order to eliminate the carry of OMG.

In the first match, Lee Sin performed such a fast combo that kicked Ezreal backward while he had no time to react. After this moment, Suning gained its advantages and had the first win.

In the second match, Suning repeated what they did in match 1, they even dominated the Bot Lane. Had a chance to use Gwen in both 2 matches, Bin created great pressure on the enemy with tons of damage during combats. Suning easily finished the match with the final result: 2 – 0.

Many Chinese fans seemed to be really excited about the performance of SofM and Suning, most of them agreed that SofM truly came back in that game and he is unstoppable now.