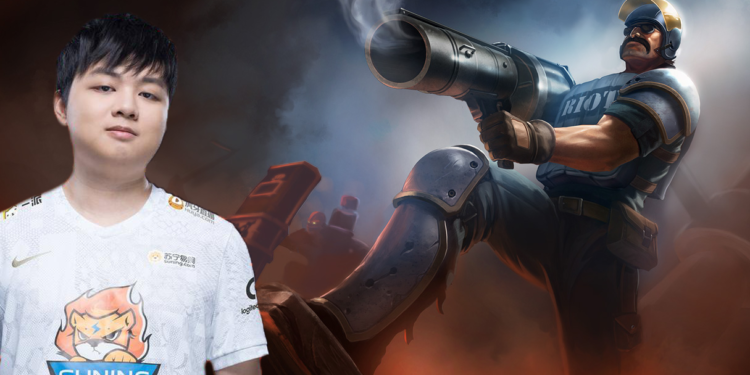 There is no doubt that SofM is the best Graves player in the world!

In the showdown with JD Gaming in the quarterfinal of Worlds 2020, the performance of SofM and his teammate was beyond imagination. Although Suning was the underrated team and lost the first game, they only need 3 more games to defeat the current runner-up of LPL – JD Gaming.

In the first game, some individual highlights help JDG break the tension that Sunning created in game 1. In the second game, Suning overwhelmed and dominated the enemy in order to regain the balance.

Throughout the game, SofM and huanfeng were 2 stars of Suning, especially the Jungler from Vietnam – SofM. He had a really good show in game 2 when he picked Graves – his main Champion. Against Kanavi – considered as the best Jungler now, SofM still led the enemy 12 CS in the 15 minutes. Moreover, in the second game, he set 2 new World Records, confirmed by LoL – Esport, an official website of Riot.

The most amazing thing is that SofM showed his ability to deal tons of damage when he was considered as a Jungler ‘only farm’, aside from high damage dealt, he also had a CS of 209 at the end of the game, 56 higher than Kanavi.

If the winning of Suning against G2 Esports was not enough to convince the difficult audiences, now, everyone has to admire SofM because of his skill and talent. He showed to the world that he is a star, both in stats and performances.