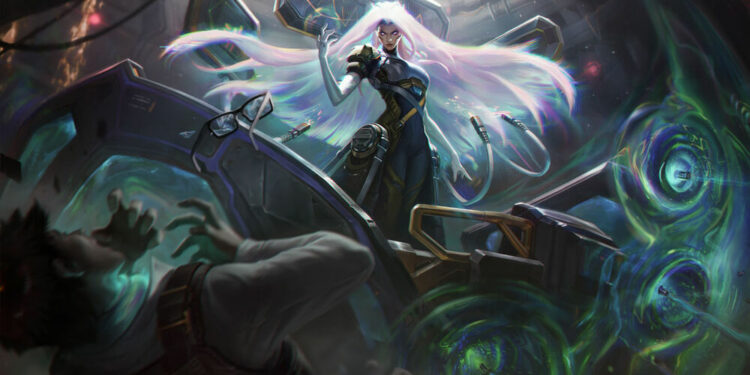 Although Sona received a rework in Season 11, the rework was overall a minor overhaul. Her ability is pretty much the same, the only difference is her passive, which is: the more stacks she gains, the greater her ability haste will be. And because of that, players are wanting something more visualize about her kits.

That might happen in Season 12, with Riot hinting at a possible VFX updates for the Maven of the Strings. Plus, Riot Games has promised to modify even more of the game’s older champions starting at the end of this year.

After Syndra recent PBE visual effects updates, while no additional champions have been announced, Sona will probably receive the next visual change in Season 12—at least in the previews Riot teased.

The new VFX was hinted in Riot recent dev video that differs from her existing ones in League of Legends. The changes can be seen at 3:17, her aura is much more refined, with a complete color fade rather than textured waves. Her ultimate has become a single clean sweep rather than a series of gold layers.

This will ultimately be her first VFX updates since Season 4 if the Sona changes is confirmed by Riot. However, no modifications to the gameplay will alter.

Things can’t always come to the players mind as Riot don’t mention anything recently about Sona, plus the new effects was probably made specifically for the video only? We can only wait until season 12 has officially started to ensure about this change.