League of Legends: The sounds of the Elder Dragon we often hear turn out to be the sounds of pigs 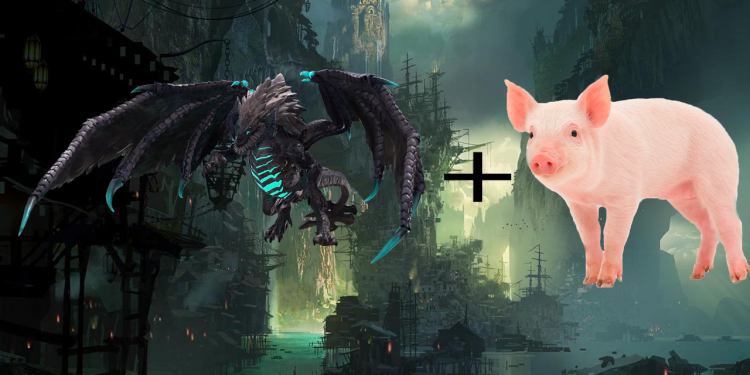 With its recent revelation, Riot Games surprises players with the vivid sound Elder Dragon. Accordingly, during the experiment to get the best sound quality for each creature in the forest, they have to test a lot of things together.

There’s nothing quite like listening to rain fall outside with thunder rolling in the distance. It sets a mood, and that’s precisely what lead sound designer Brandon “Riot Sound Bear” Reader sought to emulate.

“Rain is really loud,” explains Riot Sound Bear. “There are all of these droplets coming down and it’s just… noise. I had multiple recordings of rain to play with, so I sifted through them to find the ones I liked. I collected six of them and after some editing, I landed on the final rain for the Ocean map.”

The Mountain map booms with the sound of shifting rock, Cloud sings with whispering wind, and Infernal ignites with the crackle of flame. The maps were finally finished. Well… almost.

While the Rift was getting a makeover (or four), the designers kept working out one of the missing details of the update: Elder Dragon. They wanted to ensure that the powerful late-game behemoth wouldn’t be outclassed by its lesser cousins, so they gave players who defeated it a game-ending execute.

“During a really late playtest, Riot Sound Bear asked what we thought of Elder’s execute sound. And we didn’t really notice anything about it, so we didn’t have much to say,” admits Riot Rovient.

“Originally I had this standard laser sound that had some organic, but fiery filters. But it didn’t stand out enough,” explains Riot Sound Bear. “So I went back to the drawing board and I went… a little crazy.”

The end product is Riot Sound Bear screaming into a microphone mixed with the sounds of squealing pigs. Yes, pigs.

“Many of the sounds you hear in movies—like dinosaurs, orcs, or other non-living creatures—are a mashup of different animals, often including pigs. Their grunts and squeals lend themselves very well to sound design,” Riot Sound Bear shares. “I chose pigs because I needed something to cut through all the frequencies going on in a fight. So I had to think about what I could use. It’s a pig… and me.”

The completion of Elder wrapped the sound up in a pretty pig-shaped ribbon. So that means…

The team looked at the Rift, they were finally there. To gank and to roam, with that Preseason flair.