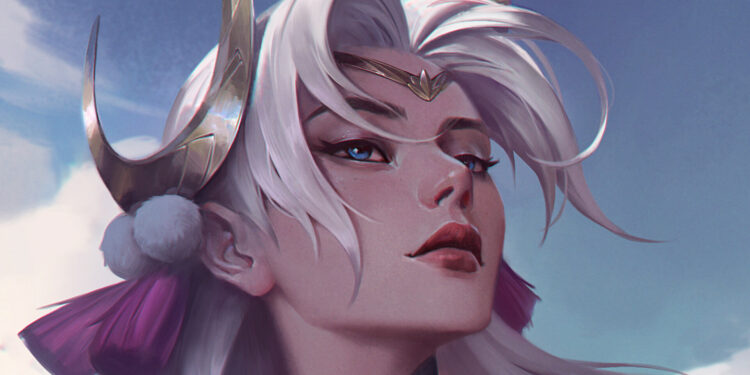 Spirit Blossom is one of League of Legends’ most popular events, featuring a limited-time game mode, a visual novel-style side game, and some of the finest skins the game has to offer. Champions like Yasuo, Riven, Kindred… have some of the best animations the skin line has brought to the game.

Riot Games has released multiple Spirit Blossom skins in League of Legends, but despite the skin line’s backstory being intricately connected to Irelia’s lore, the creators have yet to create one for her.

Nonetheless, one of the designers drew a stunning splash art of what the skin may look like if it were to be included to the game. Bo Chen, a senior artist at Riot, posted his work on ArtStation, where fans may delve into the concept art’s minutiae.

The Irelia design, like other skins in the Spirit Blossom series, utilizes bright tones. The champion’s costume is predominantly white, pink, and red, with hints of purple and gold thrown over the background.