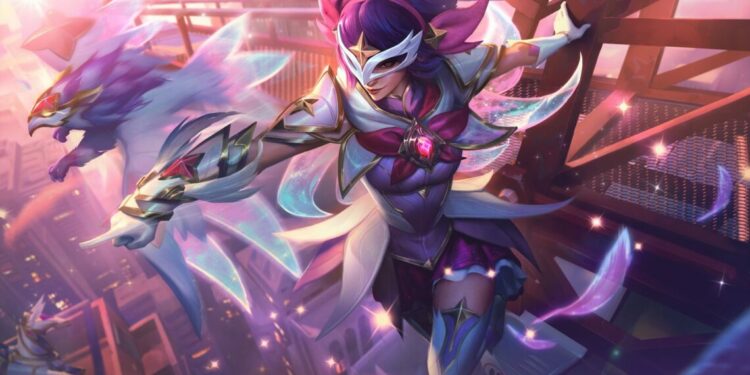 The magical girl-themed appears to have no end in sight, with a variety of skins spanning not one, but two patches, a limitless quantity of missions and objectives to perform in-game, a fascinating tale to follow, and much more to explore.

Keeping the momentum going, Instagram now offers a new means to consume even more Star Guardian material in the form of holographic cards.

Of course, you’ll start by opening the Instagram app on your phone. Keep in mind that this only works on the mobile version due to the Instagram story feature.

From there, tap the + symbol towards the top of the app—it’ll be joined by a bell and arrow-type icons—to access Instagram’s “New Post” feature, where you can make your own post.

Once there, you’ll be offered multiple post choices, including the standard “Post,” “Story,” “Reel,” and “Live.” For this, you’ll want to hit on Story.

After you’ve gone through all of the options, choose Story and touch on the effect towards the bottom of the screen. Knowing that this isn’t the effect you’re looking for, scroll down to “Browse effect gallery,” tap it, and then tap the spyglass on the upper right. You’ll then see a search box where you may look for “Star Guardian Cards.”

How to Collect Star Guardian Cards and Packs

You can start collecting cards once you’ve discovered the Star Guardian Cards effect. To collect the cards, just hold and push on the pink Star Guardian emblem.

As you continue to press the button, five cards will shred and fall out of the packing. Once all of the cards have been released, the screen will flip to the right, displaying all of the cards you’ve gathered thus far.

There will also be additional cards to acquire in the upcoming August 8.