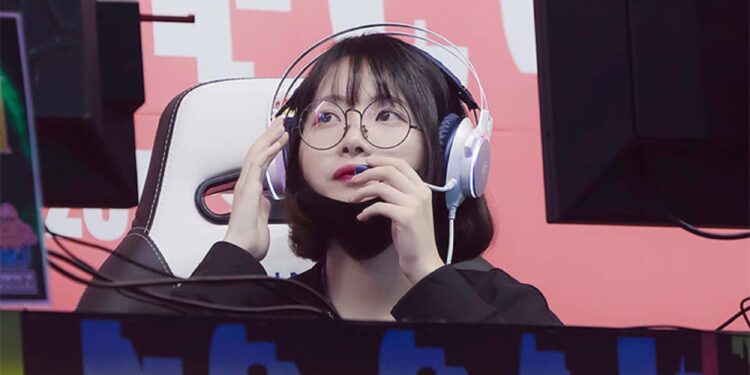 After being welcomed into T1 for only 8 months, JisooGirl had to leave the company for the supporting incident she made on stream.

Recently, T1 has unexpectedly announced the breakup of female streamer JisooGirl – a content creator of T1. T1 representatives simply say a quick farewell, and even this company does not provide any explanation. Despite this, T1 fans may completely understand this movement from T1.

A few days ago, on 15th July, JisooGirl openly supported the team’s opponents throughout two “casting” sessions of LCK matches on her Twitch stream. When asked by fans during the live broadcast match against KT, “Which team will win?” she simply responded, “I prefer the line-up of the left team (KT).”

Then, she stated during the current T1 versus DK match on July 17: “Why cheer for T1?”, which enraged T1 fans and neutral fans for a time.

The streamer then received waves of criticism for intentionally cheer on T1’s two rival teams, KT Rolster and DWG KIA, live on Twitch.

T1 first penalized JisooGirl by reducing her income by 50% and prohibiting her from streaming for 10 days. Accompanied by a letter of apologies from the female streamer to the T1 fan community. This penalty, however, has not been able to satisfy the T1’s fans.

T1 then notified JisooGirl of the contract termination as soon as the ban period expired. In this state, T1’s former female streamer is unlikely to get sympathy from the public.