Stridebreaker’s nerf was actually a buff 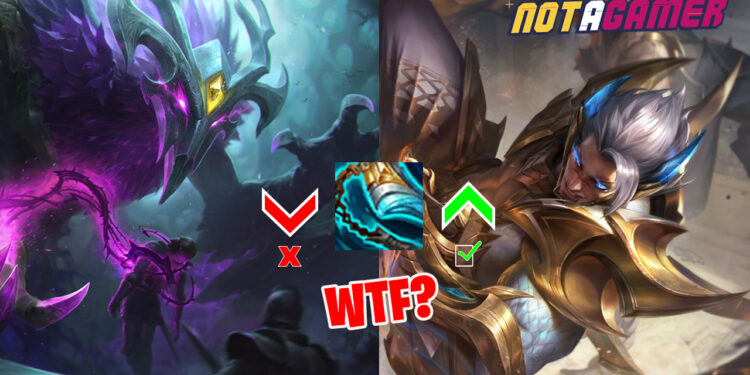 Since patch 11.13 was being tested on the PBE server, most players have already thought that Stridebreaker would be severely nerfed. Their opinions were obviously explainable as this item allowed bruisers to approach their targets easily. As a result, deleting its dash appeared to be a nice solution to this problem.

However, when patch 11.13 came, everything has been going conversely as this item is still too OP, even stronger than that in the last patch. Losing the dash really declines its abuse, but it yet works well with some particular champions, like Nocturne. To prove this, Nocturne is having the highest win rate on top lane. So, what actually happened with Stridebreaker?

Let’s take a look at this item in the current patch. In raw stats, the amount of HP has been increased by 200, from 200 to 400. Furthermore, its Active – Halting Slash now deals damage equal to 100% of your AD and immediately slows nearby enemies by 90% instead of 40%.

These changes even completely strengthen the ability to deal damage as well as approaching targets, not lessen them as Riot‘s plan. Removing its dash only narrows the suitable champions list also stops players from abusing this item. Nevertheless, the remaining ones still can make use of Stridebreaker and become a true monster.

Let’s take Nocturne as an example. This champion already has two skills (Q and R), which enable him to get close to his targets fast without using the dash of Stridebreaker. Besides, there are almost no champions who can escape from his fleeing while being slowed by 90%.

As a result, increasing this item’s stats appears to indirectly buff those who are similar to Nocturne, such as Sett, Garen, Urgot, or Gnar. They all have tools to have access to their enemies, so losing the dash relatively does not matter to them.