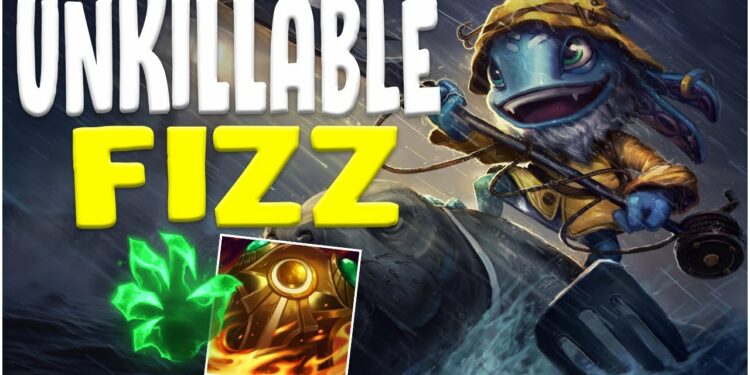 Sunfire Aegis is breaking the game in a new way.

We might get used to the term Assasin as the class for champions who came with the description: “high mobility, high burst damage, low survivability in combats”. Well, what we are about to say is that this will no longer be the same in Preseason 2021.

More particularly, recently, Assasins such as Katarina, Fizz, Rengar have found themselves a new playstyle that allows them to deal tons of damage while still manage to survive after combats. By buying Sunfire Aegis as their Mythic Item, instead of any other Assasin Mythics. Moreover, Bruisers such as Sett, Tryndamere, or even Irelia are also using this build right now, so what is the reason behind this phenomenon?

The first reason could be because the Sunfire Aegis is currently a too good item compare to any other Mythics. This item provides bonus health, armor, magic resistance as well as ability haste. The stats this item provides help its users become tanky enough for any early-on situations and combats while providing sustain damages from its Passive. This helps Assasins and Bruisers a lot since they already have so much damage in their kits, all they need is the extra survivability to deal with damages and escape from fights.

Second of all, the Passive is also kinda broken right now with the fact that it scales based on the maximum health of its wearer. As all champions gain bonus health when leveling up and Sunfire Aegis also provides bonus health stat, the damage gain from Passive, thus, become sustainable at all stages of the match.

Moreover, damage from Sunfire Aegis will be stacked over time, together with the high mobility from Assasins, they can constantly deal damages in combats, the tanky stats gained from this item will then, further improve their survivability to a point that they are almost unkillable. The damage from its Passive is magical damage, which creates mixed damage – which is extremely hard to resist at the early to mid-game of the match if it is built by Buiser or AD Assasins, while being used by AP Assasins like Fizz, they can deal tons of magical damage without even trying too much.

Riot Games have been aware of the current unhealthy stage of the Sunfire Aegis as it is being abused too much by non-tank champions. A nerf on its bonus health stat has been made, but currently, this doesn’t make any real sense since the damage from its Passive is what makes it really broken.

In short, if you are looking for an Item that can provide good survivability, lane pressure, and high damage in combat, Sunfire Aegis might be the right item for you. Preseason is all about chaos with a new playstyle and having fun, how about trying Tryndamere, Fizz, Katarina, or Irelia building “tank” today?