Suning officially changed its name to Weibo and rumors about Uzi joining SN? 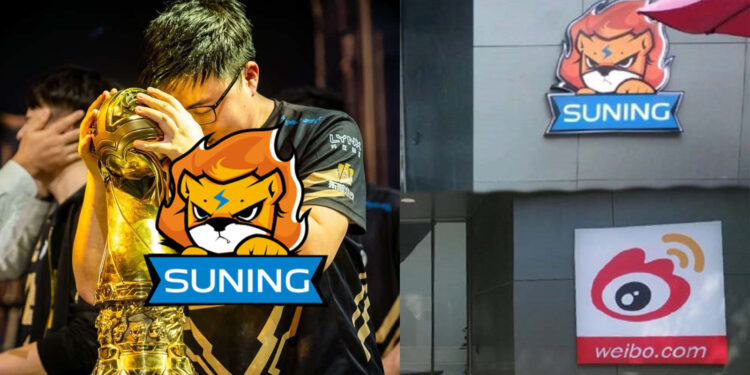 On October 2, many Chinese sites claimed that the Suning youth training center’s logo had been changed to Weibo. This is an unspoken confirmation that Weibo’s purchase of SN was successful. This revelation has generated a commotion in the Chinese League of Legends community, although Weibo has yet to provide any formal statements about the event.

The act of changing the logo at the Suning youth training center as implicitly confirmed the goal had been a success, Weibo has officially begun the process of becoming a new force at LPL. Weibo is staring to constructing its own offices and gymnasium in Beijing.

Despite many regrets, one thing is certain: Weibo’s acquisition of SN implies a significant investment will be made in this team. New transfer contracts will let new members of the staff of the 2020 former World Champions to join the team and assist in reclaiming the LPL position it has fought so hard to achieve.

Rumor of Uzi joining in Suning?

Immediately, not long after the photo of Suning changing its name, Chinese forums and social networks are also spreading rumors that Weibo is recruiting Uzi – the legendary Royal Never Give Up ADC.

Suning is reported to have had a significant downturn and failed to achieve favorable outcomes in the 2021 season. The internal conflict, human resource problems, and so on. As a result, the name Suning appears to be on its way out of the LPL.

Yet, with the rumor that Uzi is joining the team, Uzi can fully lead SN in big tournaments and the team can help Uzi fulfill his dream of winning Worlds. Both Uzi and SN need a title in the international area so this has to be a win-win for both sides.

On the other hand, Weibo investment will definitely go with a huge amount of capital and a reasonable salary that can completely pull the team back to the professional tournament.

Nevertheless, the rumor of Uzi joining in SN by the Chinese forums is just a “rumor” after all. But, with Weibo said to be taking over SN, it’s safe to assume that the next LPL transfer market will be full of much-anticipated surprises.