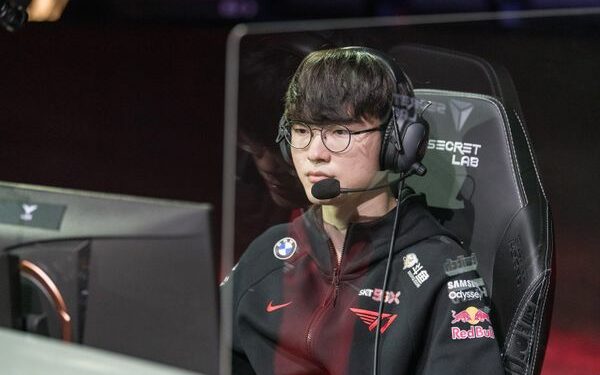 The pressure on T1 continued to rise after their streaks of bad performance in LCK Summer 2021.

Entering their match facing Nongshin Redforce, fans of T1 hope their team will take another win in order to secure a good position in the top 4. Moreover, this was another chance for Faker in order to “get back” at Gori after his solo kill + emote in their previous match.

T1, on the other hand, had a very poor performance on the day of the encounter with NS, in striking comparison to the triumph over Gen.G. Faker was able to pick Ryze in both games, but his contributions were unable to alter the course of the game, and he was also solo killed by Gori near the mid lane second turret. Cuzz has been caught too many times by Peanut, whereas Akali and later Viego in Canna’s hands are far too harmless.

As for Gumayushi, even in game 1 with a well-farmed Kalista, this player did not contribute much in the team fights, in game 2, his Ziggs could not resist the Lucian – Yuumi picks from NS.

After T1’s loss to NS – a team that is totally incomparable in terms of achievements in both the first and second rounds compared to T1 – the fans of the top team LCK couldn’t take it anymore. Many comments criticize T1’s playing positions, and even Coach Daeny is to blame for this ugly defeat. Some worry that such Ziggs overuse will have unforeseen consequences.

Moreover, one of Daeny’s statements has also brought up many discussions lately as he stated that the team couldn’t keep up with his tactic and strategy in the current season.

After their defeat, waves of criticism has arisen in the community, mostly disappointed by the poor performance of the team while also questioning the Coaches’s tactical view in the ban/pick phase:

T1’s situation is not necessarily overly gloomy at the moment, as they are still placed 5th in the standings and have 5 weeks of play to fix their faults. However, if they continue to allow losses like these to occur, even if T1 wins the ticket to Worlds, there is little chance for them to be able to achieve anything when the opponents come from all over the world. LPL, Europe, and North America are all capable of bringing the League of Legends monolith team crashing down.