T1 Gumayusi considered himself as best bot lane in the World, got destroyed by HLE Deft at LCK Summer 2021 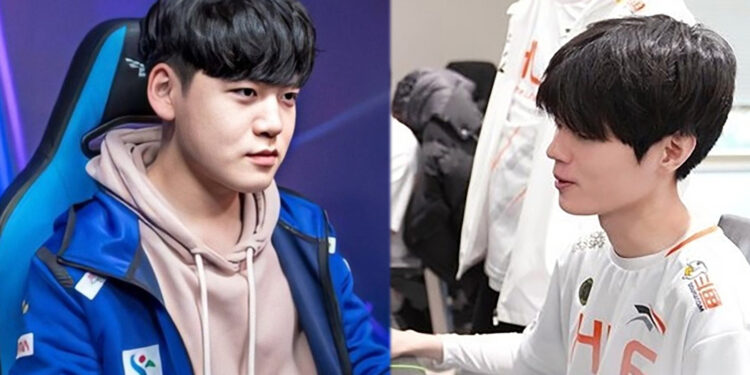 Approaching the final week of the LCK Summer 2021 – Kick T1, Hanwha Life Esports, despite being eliminated from Playoffs, still plays with all of their heart. The match between T1 and HLE will be crucial in deciding the current top two LCK positions, which means identifying two teams to advance directly to the Playoffs Semi-finals.

Therefore, T1 had no reason to lose, although things didn’t go quite as planned for T1. HLE, a team once so afraid of T1, had claimed their flawless victory against T1 with a score of 2-0. Especially for Chovy and Deft, who performed an outstanding match against their opponent, Faker and Gumayusi.

Faker and Gumayusi got destroyed

Perhaps the most prominent moment of this game is the “battle” in the mid lane between Faker and Chovy, as well as the duel in the bot lane between Deft and Gumayusi.

T1 got out-scaled in both lane as a result. In both games, Chovy utterly overpowered Faker, and Gumayusi was no better when Deft was constantly represseing in the bot lane. Even before entering the match, the T1 marksmen’s contribution pales in comparison to the other side of the lane.

Funny enough, T1 Gumayusi recently did an interview in which he stated that he and Keria is the strongest bot lane duo in the world right now.

Even with all of his confident about the team’s performance, T1 still had no chance of winning over HLE.

T1’s chances of finishing in the top two were practically extinguished as a result of this setback, and the team’s shortcomings in the field continued to be exposed. Faker and his teammates will have to improve significantly in the next Playoffs in order to be qualified for Worlds 2021.