T1 Members Predicted That Faker Would Be the First One to Marry, Fan: “who Will He Marry While Not Having a Girlfriend?” 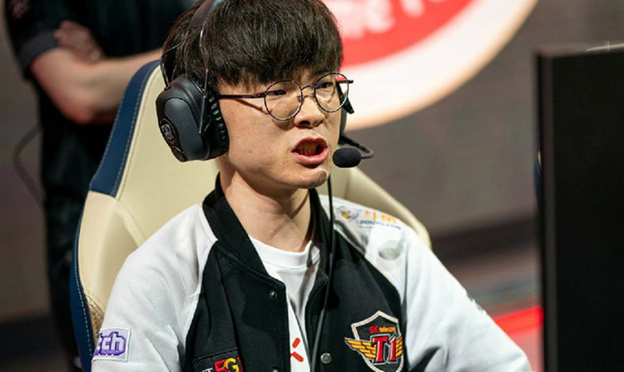 After kkOma’s marriage, the nickname for the one that is alone of T1 is given to Faker

Follow the trend, this time, Korea LoL tournament – LCK uses TikTok with an official channel of the tournament on this social network forum. And of course, the first one that LCK wants to collab to make interesting content on Tiktok is T1 – the most famous in the world.

Recently, the TikTok channel Lck_official posted a short clip in the form of Q&A, where T1 members participated in an interactive to share interesting information about their teammates.

And the following is the content of this Q&A series of questions:

– Who will get married first? – Roach and Faker.

– Who is smartest? – Effort và Faker.

– Who gets dumped all the time? – Ellim.

The quick-answer question that easily make T1 “losing solidarity” has made it impossible for fans to against laughing. And as usual, the story of Faker is still the subject that the community bring in most to talk about.

When MC questioned the T1 players to predicted that whoever in the team would be the earliest marriage, the members all give the choice of Faker and Roach. The reason that Roach was chosen is simple, as the guy who was voted the most handsome in the team.

However, when the Faker’s name appears, the viewer is rubbing the salt into the president’s grief. The thing is the captain of T1 this year is 24 years old, the face is of course very handsome, he has nothing but money and moreover, he’s one of the most famous people in Korea as well as Asia.

But we can’t understand why till now, Faker hasn’t had a love relationship. Before, when coach kkOma was the SKT’s coach, fans tended to notice over 30-year-old “old man” but hasn’t married. But now, kkOma left T1 and he got married too, so the nickname “God of Lonely” is Faker’s.

To the T1 players predicted that Faker would be the first one to marry of take the team, the team fan immediately responded relatively violently for their choice:

– How can Faker be the first one to marry while he hasn’t had a girlfriend?

– Look at T1’s faces when answering the question, this is a choice to ease Faker.

– It’s because my bro doesn’t want to have a girlfriend, he’s not on the shelf.