T1’s Coach Daeny:” The losses are due to some members can not keep up with my tactics” 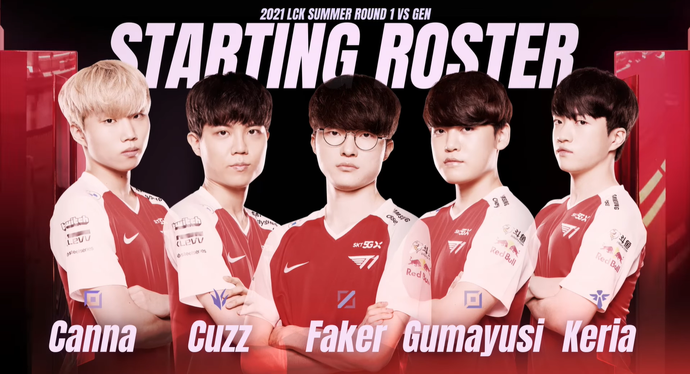 The statements of T1’s League of Legends coach were considered as arrogant and “delusional”.

In the group stage series LCK, Summer 2021 took place earlier this week, 7/9, T1 unexpectedly got a convincing victory against Gen.G Esports – The team is currently at the top of the league table. With the replacement of Teddy’s ADC position with Gumayusi, it seemed that T1 would have a difficult and risky journey, but in the end, they “lost themselves”, when showing an extremely convincing face against an opponent that is expected to be stronger.

However, the joy of their fans was somewhat incomplete, when their head coach, Daeny, continued to make controversial statements after the match. An interesting statistic is the press conference after T1 vs Gen.G, which seems to have become the longest press conference in the LCK so far.

In this press conference, Coach Daeny mentioned a lot about the issues surrounding T1’s current state. Some of those answers are said to be the source of controversy, as this coach continues to “insinuate” about his player.

Specifically, when talking about disagreeing with Faker, Coach Daeny said he has always been a die-hard fan of Faker, but that doesn’t mean he has to agree with the player’s opinions.

Besides, Coach Daeny continued to believe that the cause of 3 out of 4 defeats of T1 in the first leg of the LCK group stage, was due to internal communication problems when “veterans” of T1 has difficulty adjusting to the meta, and sometimes unconsciously repeats old habits, causing a delay in the implementation of the tactics proposed by this coach.

This statement is said to be aimed at Faker and Teddy – One who has made mistakes in previous matches, one has just been replaced by a junior player in the match against Gen.G. This made some fans of a T1 feel “uncomfortable”, that is when not long ago, there were many famous names in the Korean LOL who criticized the gameplay that Daeny imposed on T1 – Play slowly, actively avoid fighting, wait for enough items and aim to solve the game after just one decisive combat.

The outcome of this gameplay was not really positive, and T1 lost 4 games with the same scenario: Gain a small advantage in the early and mid game, but not snowball and let the opponent have space, time to balance the power threshold.

This playstyle is theoretically quite suitable for a player like Teddy, but it makes 2 key positions that have the ability to cause mutations – Faker and Keria to become weak. While the opponents are too easy to grasp a tactic that is already considered outdated, like the strategy of raising ADC to wait for late, by putting all their force into killing Teddy before the combat.

In fact, T1 won against Gen.G was not because Gumayusi replaced Teddy, or Faker didn’t make mistakes anymore, it was completely because T1 changed the approach to the match. They actively rushed into the fight even when there was a shortage of players because they knew the amount of resources that the enemy lost in previous small exchanges. In the post-match mic-check, experts were able to tell that T1’s victory in the first game against GEN, mostly came from Faker’s proactive call-team situations.

This player even stated that he would take full responsibility when he called for his teammates to leave Baron to push GEN’s nexus. It proves that this is a match that the T1 players actively changed the playstyle, with Faker is a leader. Therefore, Coach Daeny’s statement about T1 winning is thanks to the players’ good operation of the tactics set out by the coaching staff, which is considered a rather “extravagant” statement.