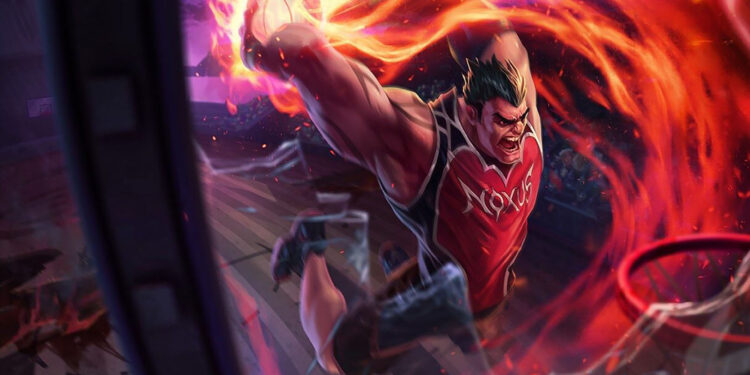 Will Darius be able to return to his throne in League‘s Top lane once again?

Needless to say, Darius is the most heavily impacted by the Stridebreaker nerf in patch 11.13. The Strikebreaker’s loss of the ability to sprint has made it harder for him to approach opponents and deal damage. Other names, like Nocturne, Fiora, and Wukong, are unaffected by this modification. That explained his really poor stats in patch 11.13, such as a 47.83 percent win rate and a 4 percent pick rate.

Riot Games has implemented buffs to improve the effectiveness of The Hand of Noxus in League Patch 11.14. Even though it’s only a slight increase in additional AD from the passive and a reduction in the cooldown of E – Apprehend, they’re crucial to Darius. According to both T1’s specialist – LS and a former professional player – Nemesis, this modification will make this champion incredibly powerful in Patch 11.14.

Darius will become even more dominant in 1v1 situations with the extra AD buff in the passive from the very first levels. This will allow gamers to generate significant pressure during the laning phase by overtaking and destroying the opponent’s farming ability. This is a significant advantage in a single rank environment where the player’s laning ability will be a deciding factor in the match’s result.

However, Darius continues to struggle with item selection because the Bruiser Mythic goods are not well suited to the character. The Hand of Noxus needs items that improve mobility in order to easily reach his target and engaging in combat.

Stridebreaker is perhaps still the best Mythic item for Darius since its delayed activation allows this champion to exert greater influence over his opponents. However, this item no longer has the ability to dash, and the slow has been nerfed further in League Patch 11.14. So, instead of choosing Teleport, if you want to play him effectively, use Flash in combination with Ghost to increase your ability to reach your opponents and chase down early kills more easily.