Tahm Kench changes that will turn him into a viable Support 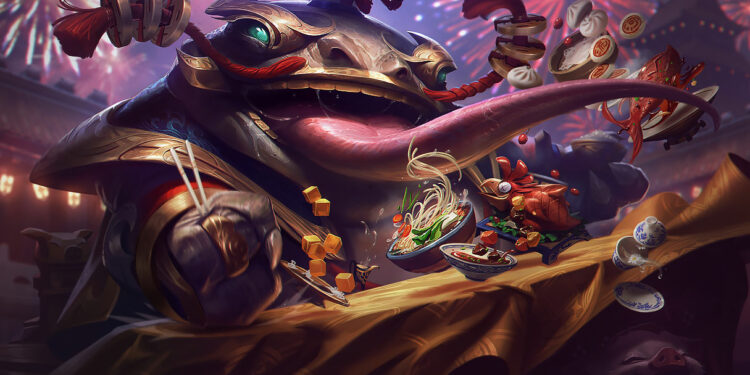 Tahm Kench’s League of Legends rework propelling him into the top lane meta. Support players, on the other hand, have suffered. Riot is planning to give him an improvement to get him back into the bot lane, with Tahm Kench support improvements slated for Season 12.

While the rework was initially unpopular in League, as players figured out how to use the River King’s new kit, his power surged and soon became one of the strongest and most annoying top laners.

According to LoLalytics, Tahm Kench is one of the most popular top laners heading into Season 12 with a 51.71% win rate. Tahm Kench has been largely known as support since his release, but the viewpoint has evolved dramatically towards him becoming a top laner. His top lane play rate is now 89.1% of all games, contrasted to 7.6% of support games.

With Riot’s goals to achieve balance between the two, League of Legends patch 12.2 devs are focusing on adjusting those roles. Leung-Harrison also said the Tahm Kench updates will be released on January 20, with the adjustments arriving on the PBE hours afterwards.

[UPDATED] Ally Champions: Are devoured for up to three seconds and are granted a shield for up to 2.5 seconds after being spit out. Allies can also choose to exit early. Tahm Kench is grounded during this effect but can cast Abyssal Dive and gains 40% Move Speed for 3 seconds.

Rather than being slowed, the River King now obtains 40% increased movement speed after consuming an ally. The shield, which is granted to allies, will also be buffed, with higher base and AP scaling.

Devour was moved to his ultimate in the last rework. This did not remove the bailout for allies when they jumped in, but it did make it less useful. These enhancements to the allied Devour may assist Tahm Kench to return to support.

Given Kench’s dominance in the top lane, any little buffs that Riot will make might have far-reaching consequences.