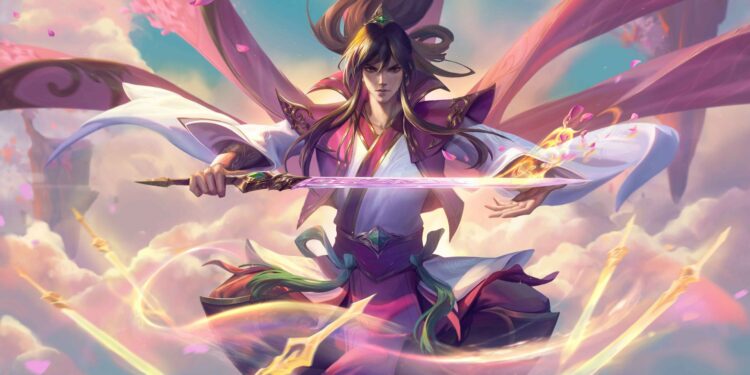 League of Legends is one of the most popular video games of all time. However, this game is most likely common in China. There are 27 separate servers in China, with around 75 million monthly active players.

Not only is there a large player base there, but they also have distinct skin likes and champions than the rest of the world. According to Riot’s studies, players in most nations choose a variety of skins for their preferred one.

Although the Enduring Sword Talon is a standard champion skin, it is immensely popular in China. So much so that it has received a one-of-a-kind splash art for its Rose Quartz chroma, which is the most requested chroma for this skin.

Despite the fact that this new splash art is considerably superior to the default one, Riot will most likely not include it across the world server because it is limited to China only.

We have seen this take from Riot Games before, as supposed to the recent Lee Sin Dragon Fist. The skin was so popular in China that each of his chromas had its own splash art. And those one-of-a-kind splash artworks were only available in China.