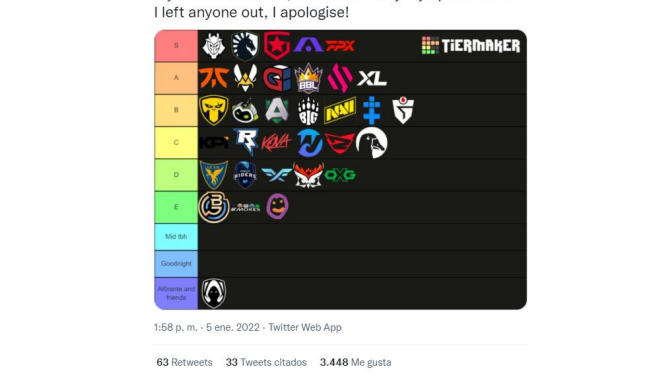 Right after the news broke that Team Heretics will be replacing Misfits Gaming in the LEC, several people have claimed Heretics failed to pay their due.

Maciej Kolek, an esports photographer who has worked for LEC, Fnatic, BLAST and ESL, accused Heretics of not paying or crediting him after using his photos

Tyler ‘Foxie’ Lowton, a British VALORANT player who had a 1 year stint with Heretics 2021-2022, accused Heretics of not paying his termination contract.

Arnau Vidal, co-founder and co-owner of Heretics, responded to the accusation by claiming Foxie breached their termination contract.

Foxie then revealed that Team Heretics threatened to sue him while he was still playing for them over a tier list meme. Arnau has since deleted his responses after Foxie posted the evidence

Barely a foot in and already knees deep in drama

Team Heretics is a Spanish LoL Team who will join the LEC in place of Misfits Gaming in 2023 season, more details here.

Not paying employees is perhaps the most basic and despicable offense. It demonstrates a lack of gratitude, respect towards their workers and untrustworthiness from their side. We hope Team Heretics cleans up their act before officially joining the LEC, LoL esports has no need for such behavior.

We’ll keep you updated should Riot decide to step in.