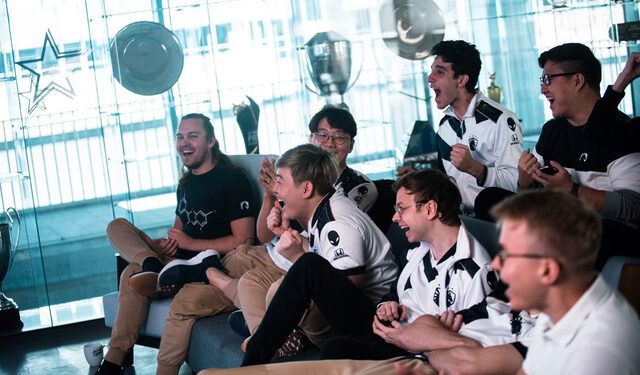 While the league community was still mourning about Rogue participating in with DWG KIA and FunPlus Phoenix in Group A of the Worlds 2021 Group Stage. Another team from North America, on the opposite side, is pleased with the outcome. Team Liquid had the No. 2 seed in North America, although they were put in Pool 3 in the draw.

Team Liquid released footage of the team members whooping and screaming as if they had just won, in the moment Jankos snagged a Rogue draw, right after the draw results were revealed, group A’s last place (not counting the results of the Play-in round).

Honestly, Team Liquid has no “hate” with Rogue, though the affection shared among the LEC and LCS regions is not close. However, the sadness of one person is sometimes the joy of another. RGE “sacrificed” for a noble cause, substituting the North American representative in the death group exclusively, and TL was overjoyed.

After all, TL was also given a spot in the “perfect” group for them, Group D, which includes MAD Lions and Gen.G Esports. They were certain to avoid two tough opponents, Hanwha Life Esports and Cloud9, even after the Play-in round have finished. LNG Esports or a team from the Wild-card area can only be the fourth name in Group D.

In theory, TL has a chance to go past the group stage, given neither MAD nor GEN have had strong performance at the Worlds in recent years.

However, it should be noted that this is merely a hypothesis. TL has the required requirement, which is a group that isn’t too hard, and the condition is sufficient to qualify for the group stage, which is that they must do very well.