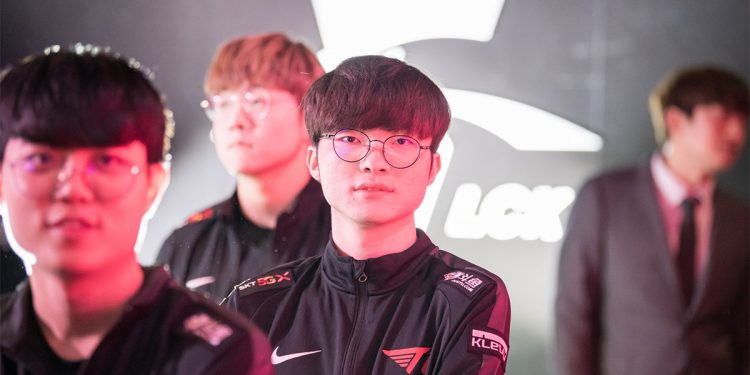 In a previous interview, Teddy sadly shared that … there was no supporter ever stayed with him in long-term when he was at JAG. Each time Teddy was getting used to with one supporter, they only stayed for half of that season; or just almost a season they would left, or retired. However, up to now, Effort is the supporter that has been sticking with Teddy for the longest period of time.

The same thing happen for SKT, that from around 2017, the problem of having a stable Jungler in the line-up is always difficult for T1 and as a result, Faker is the one who affected the most by these changes. Of course, this gave them various tactics, but it requires Faker to constantly adapting in order to cooperate well with the new Jungler and even have to change his playstyle to fit to each Jungler. Since the way Faker cooperated with Bengi, Blank was very different, playstyle that Peanut or Clid required from him were not the same, then T1 have Cuzz and Faker has to changed his playstyle again.

To add to that, T1 has a “cursed” in their Top lane that since 2015, they haven’t had any Top laner that agree to renew their contract and stay more than one year. It was just until 2020 that Canna Roach signed for 2 years. To think again, Toplaners from the Marin era are mostly experienced people, frankly, they have a lot of options besise T1 on each off-season, so their decision sure was much more different from a Rookies like Canna.

The main line-up now, except Canna, almost everyone has experienced ups and downs in their carreer. Teddy’s 3 championships may seem easy, but before having those 3 trophies, Teddy has spent 2 years carrying a relegation team from being disqualification at the end of each season. Besides, although Effort has been in T1 for a long time, don’t forget the fact that Effort made his debut in SKT’s worst year. He spent two-thirds of the 2019 season as a reserve-player and even had to suffer criticism after the failure of T1 at 2019 Worlds Championship. As for Cuzz, he was 2017 SuperRookie  and even shone better than Canna now, but it took him three years to made his way into the main line-up at a final. There’s no much to say about Faker, as we believe there isn’t anything that Faker has never experienced in his career. From the glorious days to failures and lost, he took it all, and yet, standing still as one of the best Midlaner that League of Legends has ever witnessed in its history.

In short, Canna is lucky enough to have that many “hyungs” (brothers) who have experienced more than he did, even Effort, who is younger than him, has also experienced much more bitters and sweets in his career, to teach Canna that every victory must be exchanged with countless effort and tears. And only those who can understand and appreciate that can made their way to the Championships.