Teamfight Tactics: A lot of new Arenas have been added and are expected to appear in version 9.22 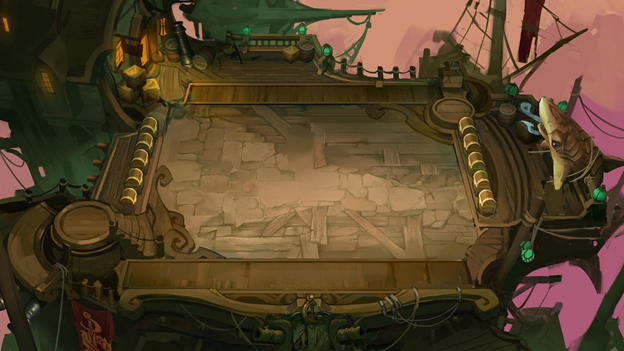 Riot Games is looking for new and exciting ways to increase the ability to experience the TFT. Most recently, Blake “Beernana” Edwards unveiled three new interfaces that are available on the PBE server.

The new three goals represent the three sides living in the Freljord, a cold place in Runeterra. Players can now represent the Avarosa, Eastern Claw or Ice Veins through maps that are included by Riot Games

These arenas have graphics in a whole new direction. The display bar is also edited, bringing new colors, animations and sound effects.

In addition, Beernana also revealed a number of other blueprints in the design process. They will take players to dangerous waters of Bilgewater or discover beautiful Ionia.

According to the latest information, the above tables are priced at 1,380 RP (North America). Players can buy all three for 2,900 RP. The version will appear on the PBE server today and officially released in the 9.22 update.