Teamfight Tactics: Items’ recipes will be displayed directly during the game in patch 10.16!!! 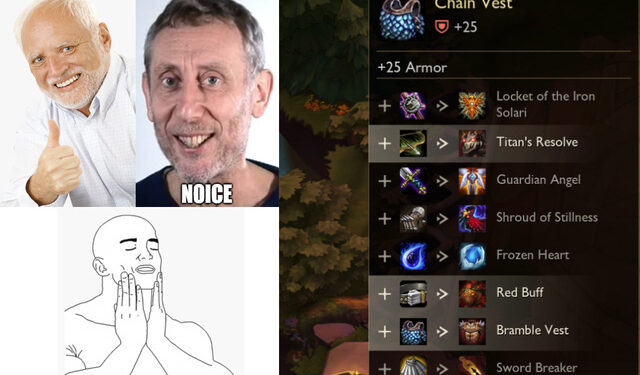 Right at the beginning of Season 1 of Teamfight Tactics, players have already figured out the outstanding power of items as what they provide to your champions is so unpredictable! Moreover, items in Teamfight Tactics are much easier to combine than other similar games (in Auto Chess Mobile or DOTA Auto Chess, you need to combine lots of small items into medium items before having big ones). Basically, items provide champions with huge power but appear too easy to have.

However, this system also has an unpleasant problem: the way Riot create new items! The difference between power of items is now really huge, as some items like Infinity Edge, Rapidfire Cannon are too OP, but some items like Zz’rot Portal, Hextech Gunblade seem quite weak or even useless. Players want to have strong items and avoid weak ones, but not all of them can remember their recipes so requesting Riot for recipes-displaying feature is absolutely understandable.

Although the community have been requesting from the beginning of Season 1 but so far, this feature has not been added yet. Until next patch (10.16), it will be added and recipes will be displayed directly during the game, according to Riot Mortdog – the Lead Designer on Teamfight Tactics.

This is actually an extremely good news for a lot of Teamfight Tactics players, especially newbies as they usually cannot remember such number of recipes and this can lead to wrong combinations and crashed keyboards…

When this feature has not added, actually now, players who cannot remember how to combine their necessary items, they will have to use websites, apps or their brains. But sometimes you can’t actually remember all of recipes as there are too many things you have to care about during the game, such as what comp to use, how to place your champions or check your enemies. And fortunately, this problem will be completely solved from patch 10.16 due to this feature.

Additionally, this will help newbies to get used to the game much more quickly. They will be able to remember recipes more clearly and much easier to build their plans. All in all, this feature is the best thing Riot has ever created. Although it has to be added from Season 1, at least we are finally going to have it!