Teamfight Tactics: The Festival of Beasts is coming, 20 champions will be Removed! 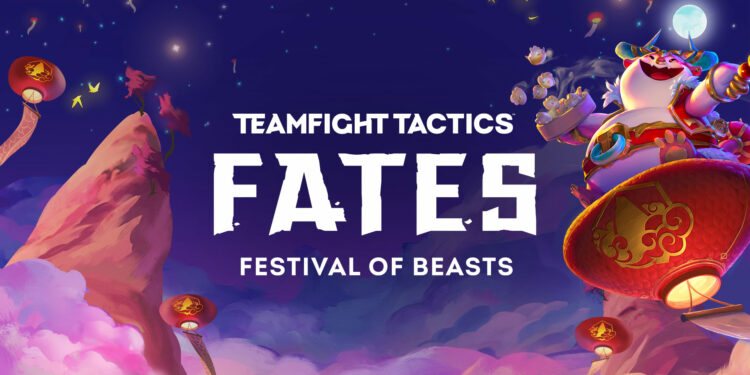 Riot has sent invitations to all the Teamfight Tactics gamers! Check it out!

Invitation: riot.com/37hxXWP
Riot Games has officially announced the removal of 20 champions and 6 traits in the Mid-Set update of Teamfight Tactics (mid-season). It’s a pity that most of them are common in the current meta!

Riot Games has announced that six Origin/Classes will be removed in the next update, along with champions that bring those Origin/Classes. The lucky generals including Zed, Kindred, and Morgana will be retained.

Hunter, with Warwick and Ashe, two hot picks in the current patch will be removed from the game. Some weak and rarely played traits like Dazzler and Shade will also be deleted Removal of some traits may affect other traits. For example, the loss of Hunter will greatly make Elderwood and Divine go down. We all hope Riot will do the best at this big change!

“Souls and Slayers and even Blacksmiths

Show off their awe-inspiring gifts,

And as the crowd bops to sick beats,

Guest what will coming to TFT?

20 champions are deleted: What a crazy move!

Yesterday, Teamfight Tactics has posted a short video going with the announcement about the next changes in Mid-set, that Nami, Hecarim, Xin Zhao, Jinx, Ahri, and Jhin will not be invited to the party of this New Year! After the official announcement, Riot Mort, Head of Design Team of TFT has revealed all the champions that will be deleted and made a big surprise! The exact number is not 6 but 20, 20 units will be removed in Festival of Beasts! Here’s a list of great but unlucky champions that have gone with us for a long time, and now prepare to give the stands for new ones:

The update of TCL Mid-Set released on January 21, 2020, players have less than a month to play the champions and origins/classes mentioned above. Riot has not yet revealed whether they will replace the deleted content.

Now, with some extra information, gamers around the world are guessing what will be the next Beasts appear in Teamfight Tactics. It’s a difficult mission to know Riot plan! Basing on the removals and the new traits’ names, there are some names that have been calling out: Samira, Tryndamere, Seraphine, Ornn, and Pantheon.

” There’s goodies for all, handmade by Ornn,

And sparklers that spook Furyhorns.

Ornn also the one to be reminded in the poem beside the new traits. What will be his most suitable origins/classes?

The party starts soon! Get Ready!