Teamfight Tactics: The ranking mode of Team Fight Tactics is being tested 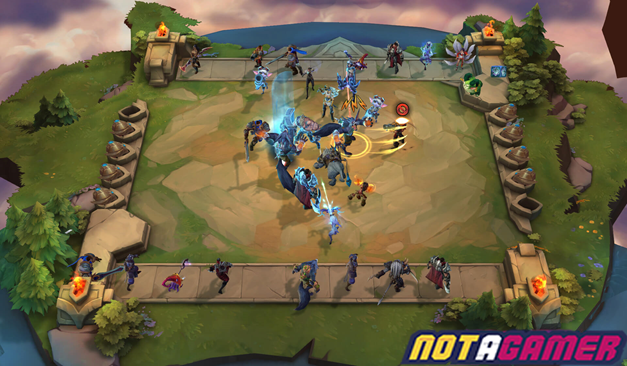 The Ranking System will soon be launched at the Teamfight Tactics in the future.

Teamfight Tactics is becoming a fever beyond the expectations of Riot Games. However, this regime still faces many drawbacks or it may not meet the community’s desire for a more competitive regime.

In response to the request, Riot Games made notable moves, namely inviting some gamers who had participated in the mega thread “FAQ with Riot about the Truth Arena” on Reddit about 10 days ago. The players who have the most interesting ideas will be invited to Riot Games headquarters to experience the ranking mode of the Teamfight Tactics.

The Teamfight Tactics ranking mechanism is still what makes Riot Games think a lot. In fact, they were easily ranked Rank with the Iron, Bronze, Silver … Challenger similar to the regular League of Legends.

But the problem with this is the consideration of Winning / Losing in the Teamfight Tactics. In addition to position 8/8 is undoubtedly the person with the worst performance and will probably be the one who will be deducted from the rating points (or not to earn points), or the Top 1 position will definitely get more ranking points. most, the division of bonus points for the remaining positions is complicated.

Currently, Riot Games seems to be considering adding points based on Round wins. That is, each round of winning, the player will be given a certain number of points, and if the loser is the opposite. During the time of the Round, if the player defeats the opponent who is temporarily ranked higher, there will be additional ranking score.

In general, the development of the Teamfight Tactics Ranking system is relatively complicated, in addition to taking advantage of the existing Rank hierarchy, the game development team will have to build ratings from the beginning, which is why making Riot Games unable to launch rating mode for TFT, but with the current moves, it can be seen that this mode has been tested for a long time by the Developers of the Teamfight Tactics and about to be released eyes already.