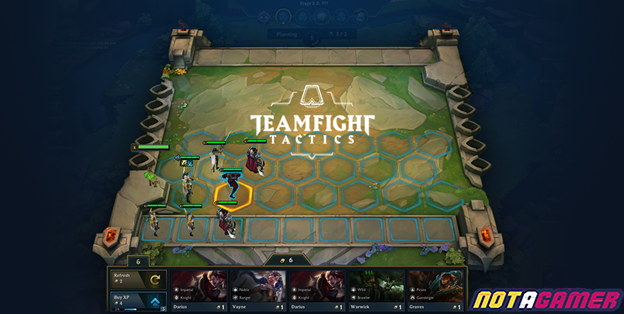 Since its debut in Patch 9.13, Teamfight Tactics has created a new wave in the community of players and attracted the attention of many famous streamer.

Now, with the arrival of the ranking mode along with the upcoming new champions, the Teamfight Tactics is coming closer as an independent game mode.

There are many big names in the gaming community who have experienced TFT, they come from League of Legends community and the autobattler community. This means that a lot of players want to show off their skills in TFT and all over the world and currently they still do not have the opportunity to show off.

However, once the ranking mode is released, your tactical skills and thinking will be clearly guided by the rankings achieved.

Ranking mode can have a direct impact on the popularity of the TFT game mode in both positive and negative directions. Players can view rankings as motivation to improve tactical thinking and try to improve the winning rate. On the other hand, ranking mode can cause players to exit the game because the competitive nature of mixing erratic elements randomly makes them uncomfortable.

There is a lot of controversy about the future of TFT, whether it can become one of the future Esports content like other titles with autobattlers.

All of these comments will be answered when the rating mode is released and the player’s feedback is received. This will be an exciting time for the development team to collect feedback and improve the extremely hot game mode.