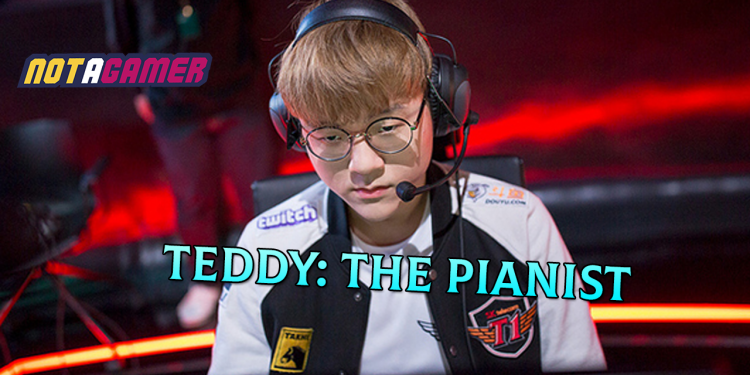 As you know, Faker has been well-known with the ability of checking his teammates with an outstanding speed. But recently, Teddy has become a hot trend with his left hand when he was playing Kalista and some gamers said that Teddy played Kalista like a pianist. Or we can call him: “Teddy: The Pianist”

Recently, on many Korean forums appeared a clip recording Teddy’s left hand in a professional match and “Teddy: The Pianist” immediately became a hot trend and a popular topic for the community to discuss

Skillful, fast and absolutely accurate with a supreme speed are the words describing Teddy when he was playing Kalista in that clip. If previously, you were terribly dizzy with the speed of switching cameras of Faker, you would need to call an ambulance when looking Teddy playing “the piano” as he pressed A and E so fast that you actually can’t see his fingers clearly.

Beside being shocked with Teddy’s hand’s speed, a lot of people tagged their ADC-main friends with a funny comment: “It’s so easy to hit Challenger, just play ADC like Teddy!”.

Some comments from the community:

A special information is that Teddy is a lefthander, so his pressing speed is undoubtedly faster than other players. Seeing that clip, there will be no one thinks that Teddy is an extremely talkative guy, especially when his team definitely wins.

Funny: 50 Q and A: Faker told that he messaged with Teddy most in the lastest interview – Faker x Teddy.