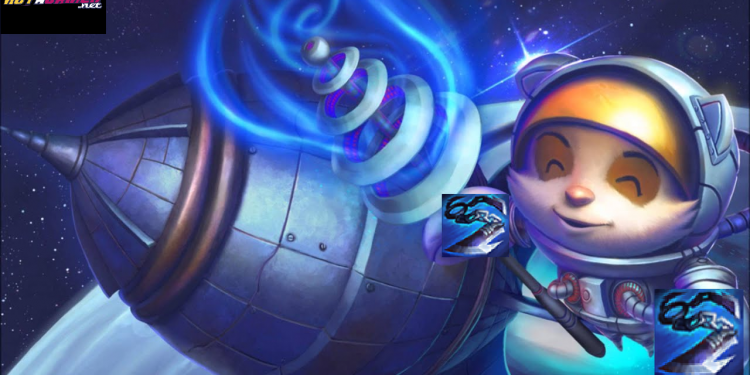 Giant Slayer not only increases attack damage but spells are also benefited from that item.

Since Teamfight Tactics Patch 10.12 went live, there are tons of changes that have been made to TFT. Alongside with multiple champions, items are changed to be more balanced.

However, Riot must have missed out on Giant Slayer. Giant Slayer is exceptionally strong now when it is used in the right hand, especially Marksman. It’s one of the best game-winning items currently.

To maximize Giant Slayer’s potential, pick champions that have great AOE skills such as Teemo. Teemo’s ability makes him scatters three traps around the nearest enemy. When an enemy nears a trap (or after 3 seconds), it explodes on nearby enemies dealing magic damage, knocking them down, and slowing them for 4 seconds.

Talking about GS, it grants the user with these benefits: Attacks and spells deal 20% bonus damage as true damage. If enemy max Health is over 1750, deal 80% bonus true damage instead. With this change, every spells and attacks are also counted when applying GS effect.

Blue Bluff is also one of Teemo’s core item because it gives him back 20 Mana after casting a spell.

You can build a strong Teemo comp whatever you like, but here is our suggestion.

How to dominate with this team comp.

You can start your early game with these guys.

Since Astro will be pretty hard to activate, you should make sure to find Bard early on in order to gain lots of precious experience. Bard’s ability spawns a meep on his owner’s bench which can be sold for 1 experience. The best way to farm is to give him lots of Attack Speed or Bonus Mana items, this will give you a lot more advantages to get through early game with a decent health pool remained. After buying Gnar and Teemo, immediately replace them with Bard, he is only strong in the early stage.

Jhin will the star of this comp even after Teemo arrives, we suggest adding more items for Jhin such as Guardian Angel, Infinity Edge, and Last Whisper to ensure reliable late to end game damage output. If you are unlucky enough to not be able to find Jhin, Vayne is kind of an okay solution, make sure to give her enough items for her to shine. By being able to tumble away from enemies, sometimes she can be a game-breaker.

Beside from Teemo, any champions that have multiple target AOE skills such as Viktor or Gangplank can utilize GS effect.

Read more about the top 4 items you should aim for in TFT.