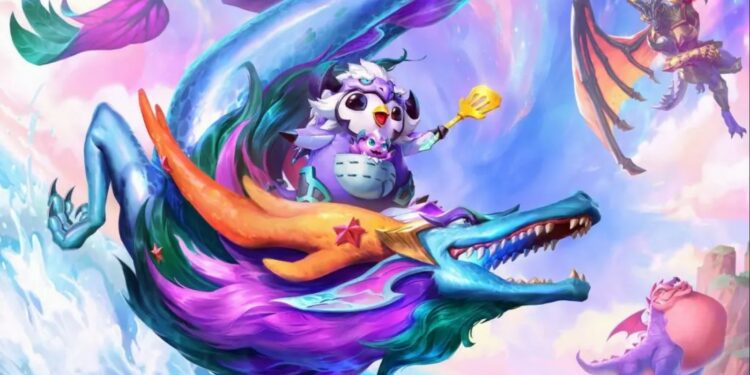 TFT Set 7.5 is now out, with Uncharted Realms reshaping the champion, Dragon, and trait rosters for the second half of Dragonlands

The Dragonlands are changing in TFT Set 7.5, as Uncharted Realms prepares to be Riot’s largest Mid-Set ever. Almost half of the roster is being replaced, on top of system changes to the Treasure Dragon, items, and other things.

Here’s all you need to know about TFT Set 7.5, Uncharted Realms, including the release date.

TFT Set 7.5 includes several new units and traits. The significant modifications include the removal of the limit on the number of Dragons that may be played on a single board, as well as the addition of two new verticals, Lagoon and Darkflight.

There are also 5 new dragons on the roster, including 2 Tier 3 dragons, Nomsy and Zippy. Tier 4 and 5 dragons’ prices have been reduced to 7 and 8 gold, respectively, and their strength has been reduced to match.

While there are new faces in the mid-set 7.5, Nilah, the newest champion in League, will make her TFT debut as a Lagoon Assassin.

The full details of new traits and classes can be viewed in this article.

TFT Set 7.5 also includes a revamp of the Treasure Dragon system. Instead of the same merchants in each game, Order and Chaos Treasure Dragons will mix things up.

When you reroll the store, the Order Treasure Dragon will always include a Radiant item, as well as other delights. The Chaos Treasure Dragon lives true to its name with tremendous variability, but it can also feature Target Dummies, Emblems, and Ornn items.

“Treasure Dragon has been a good fit for the game and I think fits a fun set mechanic. I don’t think it’s something we’d ever keep permanent, but players have loved it and it shows the power of agency in some of those late game items,” – Riot Mortdog

With all of the excitement kicking in, TFT Set 7.5, the Uncharted Realms Mid-Set, will be released on September 8 as part of TFT patch 12.17. On August 24, 2022, it will be released two weeks early on PBE.