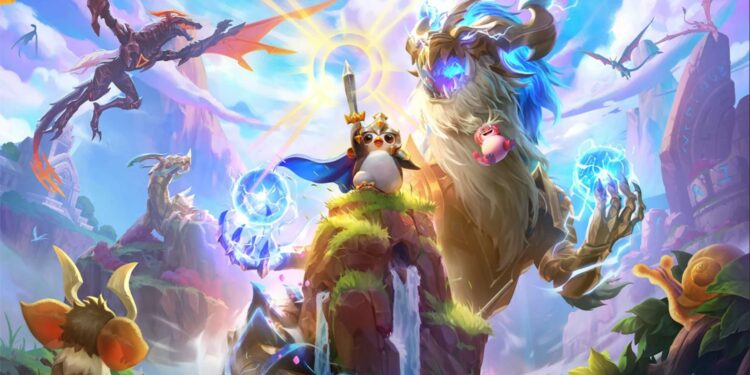 The TFT Set 7 Dragonlands PBE release date is set for today, and there’s a lot to learn about what’s included in patch 12.11.

The latest Teamfight Tactics set will be available on the PBE servers within hours, bringing with it lots of new champions, traits, and a unique Dragon mechanism. The excitement for the update, which includes a roster of champions and features, is already growing, so here’s all you need to know about TFT Set 7: Dragonlands.

The lineup for the first part of TFT Set 7 will consist of 58 units, with 51 champion units and 7 Dragon units added for the expanding set.

The set includes five TFT-exclusive units: Ao Shin, Daeja, Idas, Shi Oh Yu, and Sy’fen. These five new Dragons, together with Aurelion Sol and Shyvana, comprise the set’s legendary cast of deadly units that cost 10 gold to buy. Riot has also significantly innovated with its troops, most notably with Zoe, who steals abilities from other units to cast.

28 new traits are also being introduced, some new and some old, giving the new set a familiar yet exciting feel.

There are two primary mechanics in TFT Set 7. After considerable anticipation, Riot is reintroducing Gizmos & Gadgets’ Hextech Augments as the TFT Set 7 mechanic.

The new Dragon mechanics are the second. Dragons may be purchased in-game, although they cost twice as much gold as other units in their tier and use up two slots. Each Dragon has a unique power-up, and they also improve the attribute with which they match. They get three times the trait boost, but this only works if you already have one, unless you have a special Augment.

There is also a new Treasure Dragon.  This will replace the Raptors round, with the point of giving you a final opportunity to finalize your comp.  This contains additional gold, item components, and bonuses. You can refresh your choices for one gold.

This also involves the launch of the brand new Dragonlands Pass, which comes with several tiers and rewards. Those who complete the new pass will be able to acquire Little Legend eggs and emotes just by playing, as well as more content if they purchase the Pass.

The Pass will be available alongside TFT Set 7, which will include Origin-themed arenas, exclusive Little Legends, Star Shards, and the unique Dragon Nursery Tier 3 Arena. Pass will cost 1295 RP and will be unlocked throughout the new Dragonlands phase, allowing you to get everything you would have unlocked with the Pass activated in the past.

Riot has announced that TFT Set 7, Dragonlands, will be available on live servers beginning with patch 12.11. The patch is scheduled to be released on June 8, 2022. Meanwhile, Dragonlands will enter beta testing on the PBE today in the late afternoon.