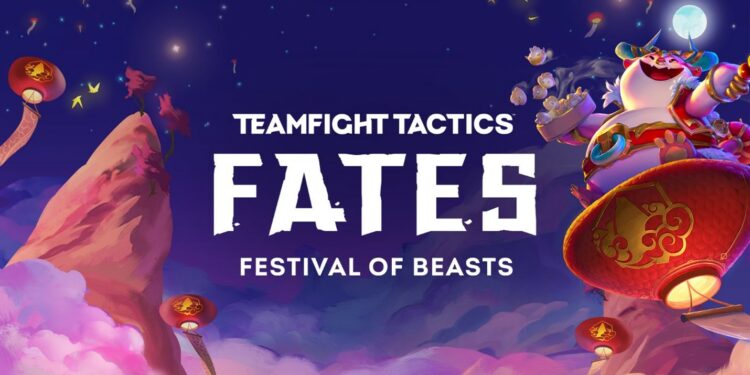 TFT Fates: Festival of Beasts has just released worldwide and is now live on all servers. With this new update, TFT has promised to bring us a bunch of new and unique units, and of course, this means new comps to try. In this article, you will see the five most broken comps that will help you climb your rank easily.

The new and improved Elderwood variant. The Elderwood trait traded out a few units which included Ashe, Hecarim, and Ezreal but it gained 3 powerhouses in the form of Rakan, Xayah, and Ornn. In this comp, Aurelion Sol will be your main carry with Xayah being the secondary. Both Xayah and Aurelion Sol can wipe out all the heavy armor foes and lead your team to victory.

Apparently, Warlords still hasn’t lost their popularity since the beginning of Set 4.0 and in Set 4.5, this comp dominates the entire board. Though with the replacement of Xin Zhao and Tryndamere becomes the new Duelist/ Warlord, Katarina is still the best comps option. The plan of this comp is still very simple. Katarina can melt entire backlines if she pops off and late-game players will need to hit Kat 3* or some good legendary units to win. But up to that point, this comp is insane.

Yet another familiar comp, Duelists comp hasn’t changed a bit since the synergy of this comp is too good to be true. Duelist is considered to be the strongest trait in the early stage and one of the easiest comps to roll for 3*. If you can keep that momentum, you can win the game with 100 HP points. In this comp, Yasuo and Kalista will be your carry. With his trait Exile and the item Quicksilver, Yasuo can continuously attack without being interrupted and keep on sustaining with his 80% lifesteal. In addition, Kalista will have time to shred all the tanky units on the board.

In this new Set 4.5, Brawlers receive a huge buff that can gain both of their Health and Attack Damage. This will be very beneficial for this comp’s main carry Shyvana. This new buff will make Brawlers more difficult to deal with since they are so bulky. Stacking Attack Speed and Attack Damage for Shyvana is compulsory if you want to make her into a freakin monster. You can boost Shyvana even more if you replace Ornn with Sivir. This is optional because Ornn can turn all the table around with his Artifacts, while Sivir boosts allies’ Attack Speed around her.

And last but not least, the new comp and trait, Executioners. Seriously, this comp is super broken if you can get any chosen Executioners. Executioners will crit if their opponents’ health is below 33/66/99 % health. Moreover, traits like Spirit or Divine will be an extremely good boost for Kayle as she can wipe out the entire board. Without a doubt, Executioners is definitely the strongest TFT comp at the moment.