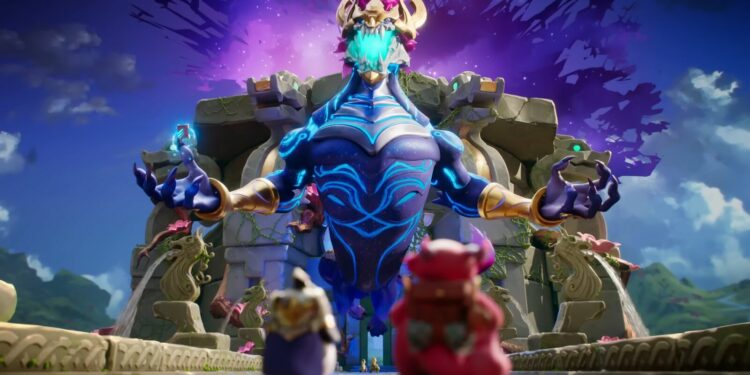 All live servers now have the brand-new mid-set update for the Teamfight Tactics Dragonlands expansion. Players may be unsure about what to play, particularly in the early days of patch 7.5, as the new update brings a ton of new features. We have created a tier list that not only informs players of the top comps but also explains why they are the best-using data from sources like MetaTFT.com and expert analysis. Here are the Dragonlands Uncharted Realms meta for TFT 7.5

It appears as though the latest update didn’t apply to the composition with the best performance so far in the expansion. Given that every player is attempting to make the new dragons function, Scalescorn is currently godlike. The Scalescorn comp only features one new champion that wasn’t in the game prior to the most recent patch, so players can feast while those people play the new compositions less than ideally. Olaf and Diana continue to be the major characters in the same plot, with additional champions like the recently introduced Pantheon serving as the supporting cast.

Xayah is back in the spotlight as the second-best performing comp in early TFT 7.5 readings, again demonstrating how the meta never changes. Jayce and Rakan, two new champions who weren’t there before the upgrade, have entered the competition. These two champions are actually essential to Xayah’s success since they provide the team with extra CC, which can help the team purchase crucial Xayah ramp-up time. Rakan is a Guardian Ragewing, which provides the Ragewing vertical with a much-needed tank unit, and Jayce is a Guild Shapeshifter, which favors late-game boards that feature Shyvana.

The new update makes it much simpler to field the Cavalier trait; Rell is a new two-cost Cavalier, and none of the previous Cavs were eliminated. This makes it simpler to use the Cavs as a frontline that can transition into the mid- and late-game while also making it easier to high-roll with the six-Cav chase characteristic.

Mirage is the ideal composition in which to deploy this frontline. The comp hasn’t altered all that much; it still operates just as before. However, this time, Cavalier Emblem on Yasuo is even better.