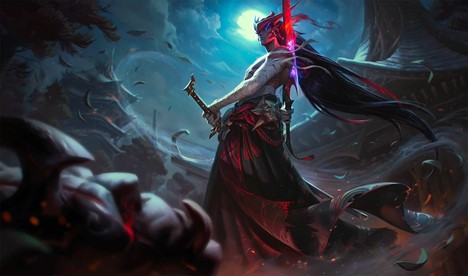 It’s been just under a week since the official launch of TFT Set 4.5 Fates: Festival of Beasts. Upon its release, the meta seemed mostly balanced. But as tacticians started to understand the new champions and traits, a few units began to stand out as overpowered. In an attempt to tone down some champions while providing non-performing comps a chance in the Patch 11.2 meta, a B-patch was released on the TFT live servers.

Notable nerfs that just about everyone in the community was expecting were applied to Diana, Rakan, Xayah, and Aurelion Sol. Diana has been thriving within her re-roll build while Rakan and A Sol have been dominating the late game via Elderwood and Mage. A bug was also fixed with Rakan that allowed him to gain mana while his shield was active near the end of its duration.

Since the release of TFT patch 4.5, both Yone and his trait seem to lose it’s popularity and it’s strength. We all know that Adept was one of the most powerful traits back in the days if you get an Adept chosen. Could this buff for Yone help him climb back to the top?

According to TFTactics, Yone claims to be the S-Tier list unit, the same tier with A Sol and Samira. For Samira, the unit seems balance but lately players all around the world use her pretty effectively and in fact she is a little broken. A nerf in the next Patch is inevitable. It’s only a matter of time for Yone to take this tier by himself only.