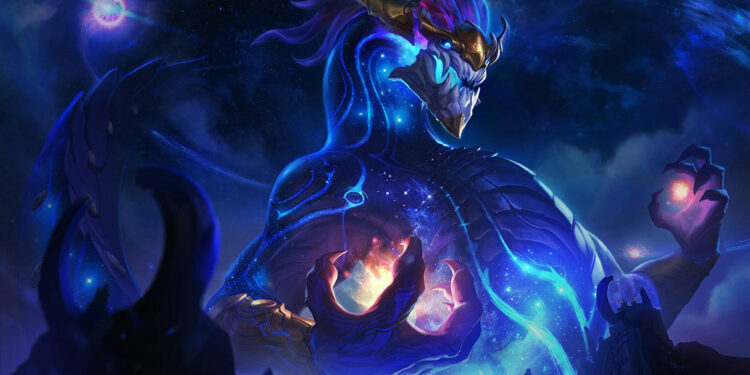 TFT patch 12.13 is on its way, and Dragon units should be at the heart of it

After a long break, the devs are ready to resume the usual Teamfight Tactics balancing cycle with TFT patch 12.13. For the time being, no specifics about the patch have been revealed, but we do know that the Aurelion Sol rework is on the way.

According to game designer Kent “Riot Kent” Wu, Aurelion Sol will see major changes as the devs are “reducing reliance upon Mage emblems while adding a new debuff effect.”

Aurelion Sol is a tier-five dragon champion that is expected to make a significant influence on the TFT Set Seven battlefield in the late games. Yet, Riot struggled to balance Aurelion Sol in TFT Set 7. When Dragonlands went live for the first time, he was perhaps the most broken champion in the game’s history, prompting a Day 1 hotfix.

Now, the devs have the opportunity to revive the Astral Dragon with a new ability. Aurelion Sol’s Black Hole will now scale depending on how long the game goes instead of its cast count. If the fight lasts more than 20 seconds, his Black Holes will grow in size and deliver 30% more damage.

Riot has enhanced his kit to have a stronger baseline in all comps, not just Mage. With this, and he should be a better unit that can fit into more comps.

Aside from the rework, no further information has been released. Some predictions include the two Dragon units Sy’fen and Shi Oh Yu. Sy’fen has been one of the strongest units in the game lately after her recent changes and buffs to Whisper.

One typical meta comp such as Sy’fen Assassin has been roaming across matches after matches, claiming top one after another. Nerfs to her damage may be in the works in order to bring other champions into the meta.

On July 13, 2022, TFT patch 12.13 will be released along with the new A Sol. Once the complete patch notes are available, we will update you as soon as possible.