TFT: 5 Powerful Cards that you should have in your Squad! 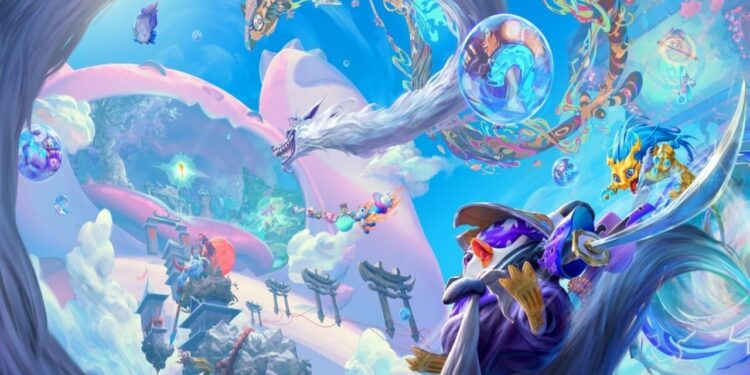 With their strength, these TFT units can completely help your team become much stronger!

Season 4 is about to come to an end, let us review the extremely impressive cards to climb to the higher rank at the end of the season quickly and easily!

This is considered to be the perfect champion in the front line because of its strong stats, useful ability, and annoying attack speed reduction effect from Adept. Shen’s beefiness is specially activated when casting Shadow Dash and creates a shield that helps this guy withstand tons of damage that the enemy does.

This makes Shen able to carry the responsibility of sustaining the entire squad alone. From there, gamers will have more positions on the field to bring more main carry in. Shen is also a champion that doesn’t need too much equipment to boost himself.

You can save the worthy items for other champions and, if any, let Shen bring items that increase resistance and survive in combat for this piece such as Zz’Rot Portal, Gargoyle Stoneplate,…

TFT set 7 leaks: Details of all classes and origins coming in Dragonlands

Ashe will possess huge damage with just one Giant Slayer. The reason is that Ashe’s skill greatly increases attack speed and it interacts too well with the Giant Slay’s passive.

Moreover, with the Hunter system being extremely hot at the moment, it is natural for Ashe to rise to become the leading carry of the Convergence. The current strongest Ashe’s formation is Hunter – Adept because it has too many unpleasant effects along with the massive damage of the Frost Archer.

The fact that the Adept system has greatly reduced attack speed has helped you counter most of the lineup that deals physical damage. Not to mention the damage amplification too well from Yone, so gamers can rest assured that the Hunter – Adept team has extremely powerful power from mid to late game.

If Shen plays a resisting role, Yone will help your squad to deal a massive amount of damage. This is because Yone’s ability reduces the armor / magic resistance of all enemies hit by 60%. So this piece will amplify the damage of all the carry to an extremely large threshold.

Moreover, if you invest in a sufficient amount of equipment, Yone can completely become the main force of your team. Yone’s abilities deal damage based on the target’s missing health, so this piece can finish off enemies very quickly.

If you intend to make Yone become the carry, Blue buff going with 2 defensive items is the best way to build this card. As long as Yone is free to cast his move, your squad is almost certain to win.

This champion can be said to have kept the Divine roster at the top of the meta for a while after the rework. With his ability to give too much attack speed, Warwick would help the Divine trait make better use of their true damage effects.

What Warwick needs most to destroy the enemy team is probably just QuickSilver to neutralize the opponent’s crowd control. In addition, Runaan’s Hurricane is also an item you should pair to help Warwick increase attack speed and damage in combat situations.

Once considered a weaker chess piece compared to other 5-gold generals, but Azir is shining in version 11.1 thanks to his versatility. Current TFT players tend to build the strongest possible lineup in the middle of the game and take advantage of the single 5-gold pieces at the end of the game. So a chess piece that provides good crowd control and a strong impact on the match even at level 1 like Azir is very popular.

Azir’s Sand Soldiers can be used to counter some powerful cards like Sett, Shen, Yone … Besides, Azir’s strong control ability is suitable for any formation. If you are wondering which pieces to use to finish the game or complete the squad, Azir is the best choice.