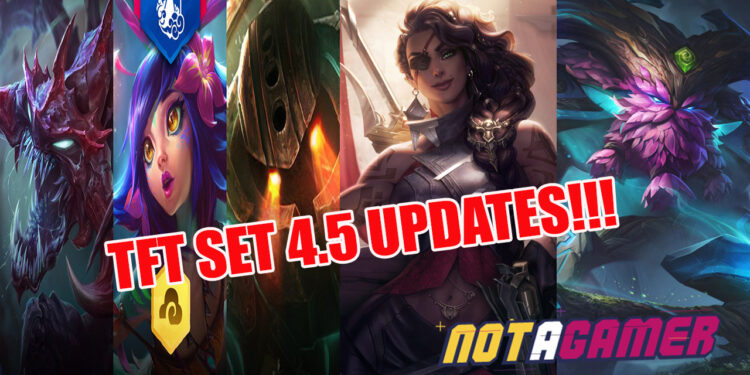 As they have promised before, Riot Games actually made their players “fainted” with a wide range of unbelievable updates of Teamfight Tactics (TFT) Set 4.5!!!

You can look for previous information about TFT Set 4.5 published here!

In a video posted a few hours ago, Riot Games published a lot more enormous updates coming to TFT Set 4.5, which soonly appears on the PBE server. Specifically, they explained how Fabled – a brand new Origin works, items made by Ornn – our new 5-cost unit,… Moreover, this new patch also brings us a system called “Lucky Lantern”. When this system is activated, all players in the match will receive a special gift. Let’s find out these interesting updates!

Fabled – our new Origin has a mechanism that when it is activated, skills cast by units of this origin (including Neeko, Nautilus, and Cho’Gath) will be strengthened. About Nautilus, after using his skill, this unit will receive a shield decreasing 75% of damage received. Next, Neeko’s skill – Blooming Burst will deal 3 times more damage at the third bloom. Lastly, Cho’Gath will knock up all enemies on the board when using his skill.

Now let’s talk about our new unit: Ornn. Particularly, his skill – Call of the Forge God has been leaked and it is not too different from the one of League of Legends. However, the most fascinating thing is Riot published 4/10 “Artifacts” – special items created by Ornn. They include:

About Samira, her unique Origin called Daredevil is a bit different from the leaked one. Specifically, every time when Samira changes her target, she will dash to it and receive a shield equal to 20% of her maximum HP. About her skill – Inferno Trigger, every auto and dash will increase her Style grade by one stack. When Samira reaches the maximum stack, she will use her skill. When using skill, Samira will dash to the place where most of enemies stand and activate her skill. Moreover, Samira becomes unstoppable during her dash and receives 100% of dodging rate when she is activating her skill.

The last huge update published by Riot is the “Lucky Lantern” system. This system will not appear in every match and if it is activated, all players will receive a special consumable as well as gold or ordinary item on round 2-1, 3-1. These consumables include:

These are new updates coming to TFT Set 4.5 which were published a few hours ago. Let’s wait for some new ones and we will bring them to you guys as soon as they are published.