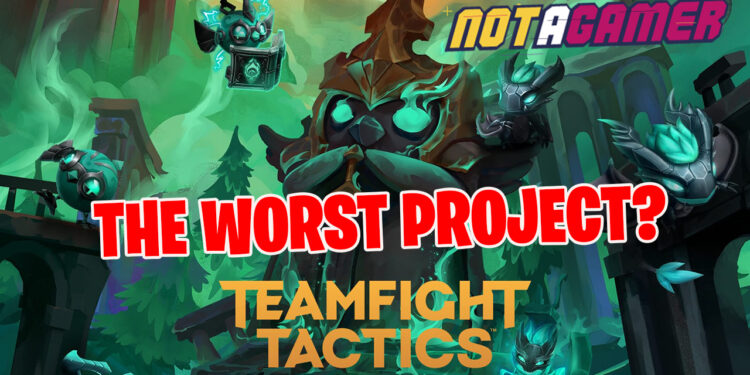 Set 5 is said to be an unsuccessful season of Teamfight Tactics as there are obviously no impressions throughout recent patches.

Although Set 5: Reckoning has come to us for several months, this season of Teamfight Tactics absolutely leaves nothing in our minds, especially when we compare it to previous ones (except for Set 1). If you are still clueless, let us analyze it for you.

Obviously, the gameplay of TFT Set 5: Reckoning appears to be much worse than any other former ones, apart from Set 1 as this was the first season of this game and Riot had not had much experience on it. The reason for this is that the mechanism of Shadow items seems to be not so fascinating as Elements (Set 2), Galaxies (Set 3), or Chosen (Set 4). For me – an avid LoL player indulging in TFT from the first days, the gameplay of Set 5 is so simple that I just need to play 3 matches to get used to new features.

To be honest, we also have to appreciate what Riot Games have made to bring us the best experience on the game. However, we still need something “breakthrough” to make the game more attractive, not more sophisticated, especially to new players.

Too many unbalance units and comps

Maybe you are saying that we are too strict to say this, but you have to admit that too many units and comps make TFT so boring. We know that META always exists, but those which are completely inevitable are actually crashing the game. For example, in patch 11.9, Leblanc was so OP that some players hilariously named her “Lebalance”. After that, patch 11.10 – the current one, sees the domination of Skirmishers and Kayle.

Undeniably, the appearance of OP comps will create a lot of “coincidences” in every match, or spammers, who are said to use only one comp in every match despite having unsuitable items for it. This will lessen the diversity of comps used in ranked matches, which is highly needed in high elo.

The huge success of Set 4

Probably, TFT Set 4: Fates really left something behind with its wonderful Chosen mechanism. We could use Chosen units for several aims, from keeping HP at early-game to carrying the whole comp. Additionally, we always had a way to counter any META comps, so that spamming was not widely spread.

However, Shadow items are not well regarded by a lot of players. You can easily the consequence of them in every single match: META comps are seen frequently and their necessary items are always scrambled. As a result, TFT is losing its original balance.

We are just at the beginning of Set 5 and for sure, we cannot say what is going on next. The dev team of Riot Games still has a lot of time to bring the balance back as well as get the game more fascinating. If they don’t, Set 5 will definitely the worst project from Riot.