TFT set 7.5: Darkflight – Best “meme” items to build that will troll your opponents 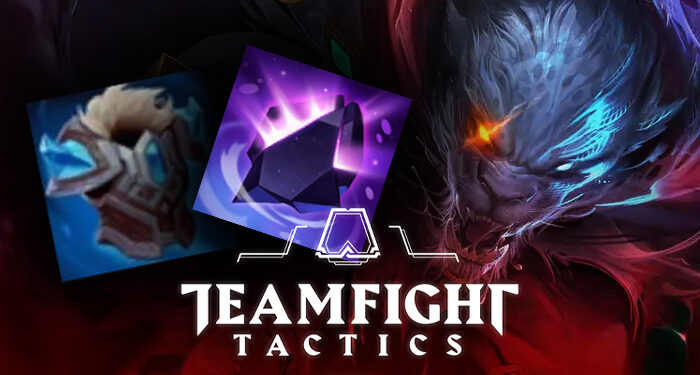 Uncharted Realms, TFT’s new mid-set update, has been live for a while now, and Riot Games replaced Legend with a new and updated vertical trait called Darkflight, which has some fascinating mechanics.

Darkflight is an advanced version of Legend from Set 7 that provides a Hex on the TFT board during the planning phase.

So How Does Darkflight Work?

“The unit in the hex is sacrificed at start of combat, granting a copy of a random item they have to each Darkflight champion, and bonus health to each. Emblems and non-craftable items are corrupted when they’re copied, instead becoming Darkflight Essence.”

Simple enough, you sacrifice one unit on the board to give all of your Darkflights an item.

TFT set 7.5: Best items to go with the trait

With the new mechanics of sharing items to your units, the traits have seen multiple combinations from different items that leaves players question the comp.

We feel that Zz’Rot Portal is the ideal item for the new trait after some time on the live server. It gives an unbelievable amount of power and allows you to be flexible with your carry choice. Zz’Rot functions similarly to a main frontline after all of your Darkflight units have fallen that may be used with various backlines.

This is a new aura item that will provide the team with a massive amount of shields, armor, and MR during the fight. It’s a bit of a meme since you want as many Darkflight units as possible to receive the most value, which means you’ll likely lack damage, but that’s fine, as this will set some laughter to the players.

Choose Zephyr if you want to see half the enemy board lifted up in the sky.  This is extremely amusing because you can effectively play a 4v8 for 5 seconds. The question is if your team is capable of accomplishing anything in those 5 seconds.

Shroud is also amusing for hitting the entire opponent board, although this is obviously excessive. To obtain value from Shroud, you generally only need to strike one specific enemy unit. Really, this is merely a tactic to irritate opponents.

Zeke’s Herald / Chalice of Power / Locket of the Iron Solari

Aside from Protector’s Vow, aura items are also fantastic since they provide a lot of bonus stats. The biggest difficulty is that the placement of your board will be difficult to modify, and stacking one specific carry will not provide as much value. You’ll gain a lot of stats spread out throughout your entire comp if you use aura items on Darkflights.

Even still, a buffed Swain with triple Chalice, or an Aphelios, or Rengar with triple Zeke’s are still a decent investment.

Darkflight is intriguing because there are so many different ways to play it in TFT. Players may now test out these item combinations for a wild journey.