TFT Set 8 Hero Augments and Boss Battles: How do they work? 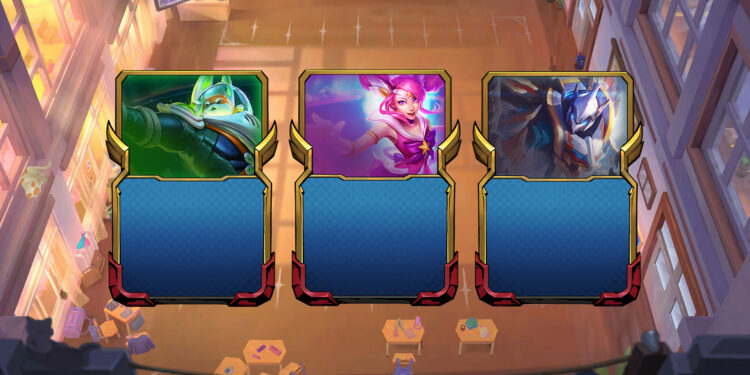 The battlefield boasts new Heroes and Bosses thanks to a shift from TFT Dragonlands to Monsters Attack!

While the new set of TFT includes a lot of new features, the two most noticeable are the new Hero Augments and the new PvE Boss Battles.

Beginning with TFT Set Eight, which is set to be released on December 7, players will gain items and components through Boss Battles rather than Treasure Dragons.

Monsters Attack! introduces a new Boss Battle that drops a new component Anvil. The component Anvil functions similarly to Tomb of Traits in the previous set which players must sell the Anvil in order for an Armory to exist, providing them with three component possibilities to pick from.

Battle Bosses will appear in Stages 5-7 and 6-7 as well, dropping a whole item Anvil rather than a component Anvil. Players can select one of five items after selling the Anvil and accessing the Armory.

Riot Games has made Augments the primary mechanism in TFT Set Eight, empowering each champion. In Set 8, each TFT champion will have two Hero Augments created just for them. This implies that when a Hero Augment buffs a unit in Monsters Attack!, it may turn into the carry.

There are 59 TFT Set Eight champions in total, each with two Hero Augments. Carry Augments benefit the unit directly, whilst flex and support Hero Augments serve its team as a whole. The new set will have 118 Hero Augments in total.

Set 8 Augments will still have an armory that appears at Stages 2-1, 3-2, and 4-2. One of the Armories will have Hero Augments instead than the standard Armory. The Hero Augments are only available once every game, and their location in the Armory varies from game to game.

Players may try out these awesome new features during TFT Set Eight PBE testing, which begins on November 15. Monsters Attack! will be officially released on December 7.