TFT set 8: Monsters Attack! List of all Traits and its mechanics 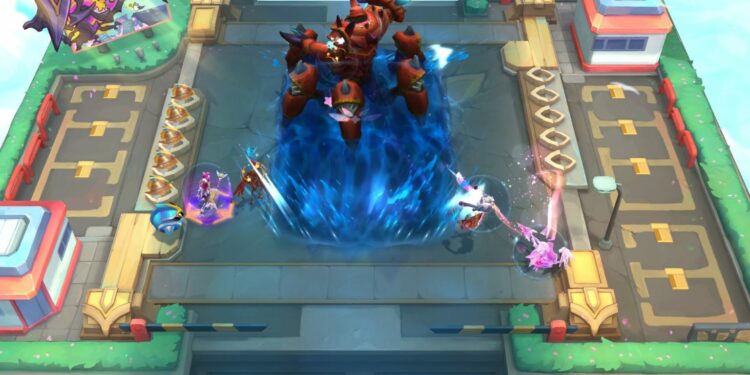 Dragons are leaving as TFT returns to a city scene in Set 8 Monsters Attack!, which includes a slew of new traits as well as some old ones from old sets.

TFT Set 8 Monsters Attack contains a total of 28 qualities in TFT Set 8. The new set’s general motif is heroes, yet some may appear to be villains. Each hero has a unique Hero Augment. And all of those heroes are reflected in the new traits, whether they want to engage with others or function autonomously.

Here are all of the TFT Set 8 traits in Monsters Attack!, along with its stats and mechanics.

The Ace trait is only active when players have one or four Ace units on the board. An Ace champion will execute an enemy when it drops below a health threshold.

The A.D.M.I.N. trait allows players to choose a cause and effect upon activating the trait, personalizing the trait.

Aegis units provide magic resistance to the team while gaining more for themselves.

Anima Squad units build up Fame upon taking out an enemy unit. Champions with the Anima Squad trait gain attack damage, ability power, and plus-four health according to their shared Fame.

The Arsenal trait allows players to pick the weapons for Aphelios upon placing him on the board. Weapons change the spell effects for Aphelios.

Civilian units in Set Eight inspire allies to fight harder to protect them by gaining mana every two seconds the longer they remain alive.

At the start of combat, Fiddlesticks is dormant. Upon allies dying, Fiddlesticks uses the Corrupted trait to absorb their soul, granting him 15 ability power. Upon falling below 40 percent health, or when all allies have perished, Fiddlesticks will exit their dormant state and enter combat.

All Duelist units gain attack speed from basic attacks, up to 10 stacks.

Able to read the weather, Janna uses the Forecaster trait to buff all adjacent allies depending on the current weather conditions, which changes with each game.

At the start of combat, a Hacker unit summons an H4ckerr!m that takes the champion to the enemy backline. The rider can’t be targeted for the first … seconds of combat. All Hacker units gain Omnivamp.

Upon casting a spell, Heart units grant all allies AP for the rest of combat

Upon perishing on the battlefield, Mascot champions retreat to the sideline to cheer on their team. Allies regenerate a percentage of maximum health every three seconds, which is increased by one percent for each cheering Mascot unit. Mascot units regenerate double.

At the start of combat, players designate a PRIME, which combines with the two closes Mecha units, taking a portion of their base health and attack damage.

All Ox Force champions gain attack speed that increases with their missing health. The first time an Ox Force unit would die during combat, they become Invulnerable for 1.5 seconds.

Recon units gain attack range. Prior to casting, if there is an enemy in a nearby Hex, the Recon unit will dash to safety while gaining a bonus critical strike chance.

Renegade champions deal a percentage of damage that increases at breakpoints. The last Renegade unit alive during combat deals more.

Spellslinger units replace their next attack with an orb of magic that they fling at a random target every six seconds. The orb deals 75 percent of their ability power as magic damage.

Units that have the Supers trait grant allies 30 percent bonus damage at the start of combat. For every three-star unit on the team, the bonus damage percentage is increased by five percent.

Sureshot champions gain attack damage for the remainder of combat, every five seconds.

The Threat trait isn’t technically a trait as other Threat units don’t synergize or increase bonuses. Players can field any number of Threat units as they will act individually, having more power than other Set Eight champions.

Underground champions earn progress towards completing a heist with each combat win or loss. It takes nine total progressions to complete a heist. Upon completion, players may choose to take the rewards and start over or continue to get better rewards.

Players can try out these new traits during TFT Set Eight PBE testing, which already began today on November 15. Monsters Attack! will be officially released on December 7.