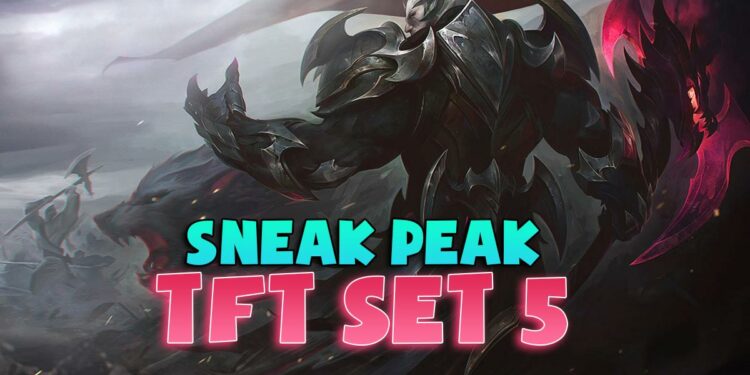 According to Mortdog, Set 5 will get the theme on the war between good and evil, light and dark, order and chaos. This new set will be called Reckoning. In this season, players will join the war of two epic forces in order to decide the fate of the world.

Introducing set 5, Mortdog sneaked important information about the new origin – Draconic. After each round with Draconic trait active, it will add an egg to your bench, which after few turns, the egg will hatch. What will it hatch into? It is random.

Next, there is a special Champion that is as powerful as 5-cost Champions, he is the Little Devil Teemo. He does not want your money and literally costs 0 gold but you must pay your health in return. So if you want to upgrade 3 stars Teemo, it will cost a lot of HP to achieve it.

And, moreover, an old Champion from Launch Set will return. I can not tell you who he or she is, but he is Draven.

Firstly, let’s talk about Labs. The Labs concept is not new in the League of Legends universe. Legends of Runeterra, a card game inspired by the League, has a “Lab” mode with awesome and fun game modes that players can test for weeks. The TFT Labs will get the opportunity to experiment with different mechanics to make faster games and a chance to play with friends.

Secondly, Hyper Roll allows players to slam the re-roll button over and over again. It aims to end the game after around 15 minutes. Players start with 10 HP which will decay after each round. The later the more HP points you will lose. Every round order, neutral minions, rules will be altered.