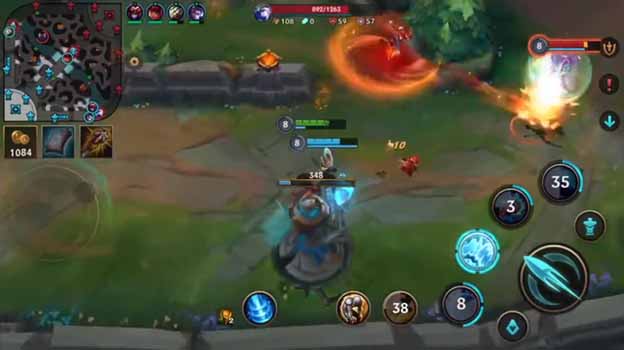 When the last hit in Wild Rift, the amount of gold received is 2.5 times higher.

As what you can observe during the Alpha Test of the LoL: Wild Rift, the last hit mechanism receives 100% of the gold and LoL’s experience will not be applied to the Mobile version, which will apply the same feature as many other MOBA Mobile titles that many players feel familiar with.That is, there will be no conversation the player performs last hit that will get 100% of gold and experience.

The gold will be allocated to the players around, as long as they stand in the possible range. Of course, the players who finish HP will still get more gold advantage than those who do not finish that end.

However, how much gold is allocated for a player to perform last hit with a non-last hit gamer, not many people know.

As a result, Riot had the answer to the player in terms of the amount of gold that would divide the player into last hit. The gold disparity is relatively large, so gamers need to be more active the last hit phases, especially aware of to Minions’ HP’s turning white, this is when the player needs to be more assertive in finishing up to receive the most benefit possible.

Riot advised gamers to be aware of attack when not needed. Wait for last hit to earn more gold when the gold received will be 2.5 times more than the gamer s around. A huge disparity.

It is also necessary to be sympathetic to Riot, because the inclusion of such a “hardcore” mechanism to Wild Rift, on the one hand will extend the match, on one hand makes no match for the great player of mobile gamers, especially those who have never experienced the League of Legends. The spirit of Riot is wanted for Wild Rift to be really suited to both gamers and new players alike, so sacrificing somewhat of the last hit feature is also completely understandable.