NO LONGER BROKEN: The Current State of Riven in Season 10 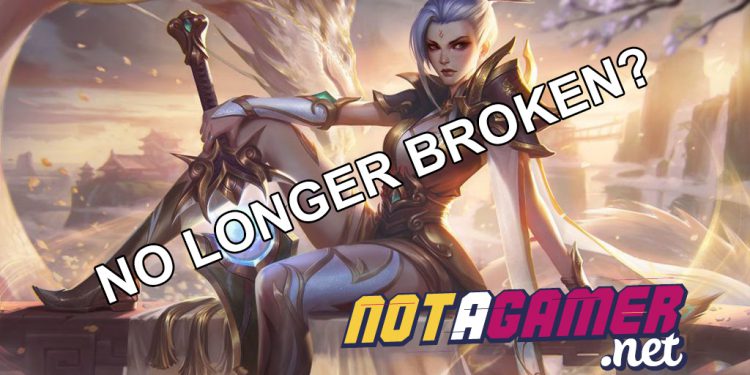 Riven, one of the most infamous champion in terms of gameplay design in League of Legends with tons of mobility and damage in the arsenal is being somewhat neglected at this moment – even by Riven mains themselves.

Riven, released in 2011, is considered one of the most broken champions in the game of all time by the majority of the League community. With 4 dashes not counting Flash and the ability to dish out an absurdly high amount of damage, Riven is mained by numerous players despite supposedly requiring a rather high amount of mechanical skill to be played appropriately. She was also the champion that put Faker into the spotlight, sparking his career back in 2013 via the infamous First Blood kill inflicted on the opposing Ryze in mid lane.

Riven’s kit is jokingly described as “as broken as her sword”, or her in-game quote: “The sword mirrors its owner”. So broken, that Riot has to make a lot of balance changes for her throughout the seasons. From season 3 to season 5 her playstyle revolves around building flat armor penetration (pre-Lethality patch) and Ravenous Hydra, making her generally glass cannon, with only Guardian Angel as her sole defensive item. After that until season 9 Riven mains adopted either a more bruishy playstyle, or full lethality, especially in season 7 because lethality build was overly oppressive by then.

For a time in season 9, Riven mains built crittical strike items on her, and that build was horrifyingly efficient, since it removes most of the mechanic necessity. She can melt anyone with several auto empowered by the bonus damage from her passive and her ultimate, making her essentially a “braindead” champion on par with the like of Garen and Darius.

With the recent Death’s Dance changes, Riven players are now adopting a more fighter-oriented playstyle. Death’s Dance coupled with Black Cleaver giving her a good mix of Attack Damage and resistance stats, while also providing her with some healing compensated by her massive damage output, all of these sounds really favorable for her on paper, then why many Riven mains now shy from playing their most proficient pick?

The answer to this question is rather simple. Blade of the Ruined King (BoTRK) was over buffed, any champion who can abuse that item will become viable or even overpowered. Due to the fact that the broken blade wielder can neither burst anyone as easy as before (thanks to the lethality nerfs) nor can they abuse BoTRK as efficiently as many other auto-attack reliant picks, for example, Jax and Irelia, the Exile has been out of place in the meta for awhile now. The only person complaining about the formerly broken champion being broken right now is probably Hashinshin – which is understandable, as a part of his stream personality.