The Jungle Completely Changes In Patch 11.4 – The Fallen Of Our Current Meta? 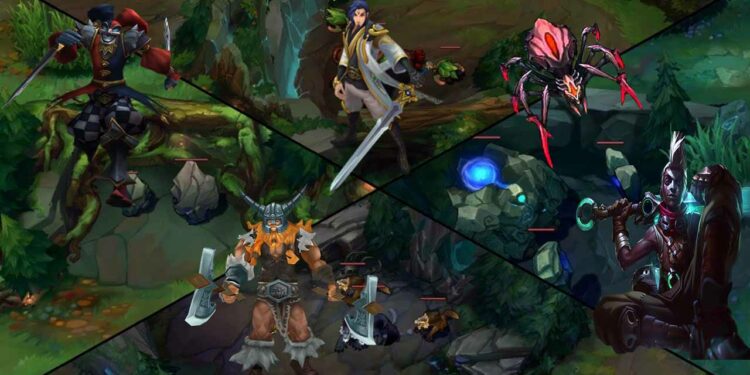 There will be tons of updates arriving at Patch 11.4 that is related to Jungle.

Patch 11.4 has hit the live server in NA and EU. This is one of the first biggest changes coming to 2021. At first glance, Samira and Kai’sa will be nerfed slightly, bringing light for some weaker ADCs. Some obsolete items will also be adjusted for more suitable playstyles.

Back to the Jungle lane, Riot adjusts the experience and golds that players receive from almost every camp. According to LS –  a streamer for T1 and a caster for the English LCK broadcast, tanky champions will be the king of this meta. LS also thinks that this update will reconstruct the way that players are doing.

Now being a Jungle player, you can’t always farm your camps and gear up to carry your teammates. By reducing golds and experience, players will have to participate much more in ganking situations to gain advantages. The options to farm every camp and then invade the enemy’s jungle when you have their jungler’s vision won’t be a viable strat anymore. We predict that rely-heavily-on-gold champions such as Hecarim, Graves, and Nidalee won’t receive high pick-rate anymore after Patch 11.4.

Instead of picking late-game champions, tanky champions will be a better choice from now. They are share common traits – far-distance crowd control effects and only need one to two items to reach their peak power. Udyr, Skarner, and Amumu might become so much better due to their tankiness nature. Maybe tower diving will become a common thing on the top lane as the Jungle champions may shift from carrying to support role.