The infamous Rod of Ages: How has Riot changed the item in Preseason 13? 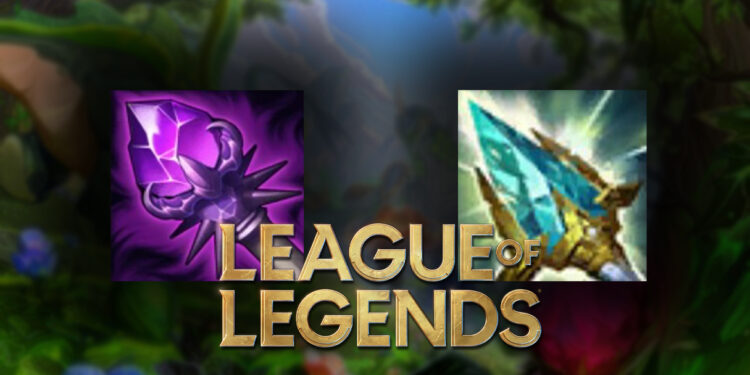 Riot Games releases a large patch in preparation for the following season, which is usually focused on integrating new items, modifications, features, and so on.

Preseason 13 is introducing a slew of new tank and bruiser items, in addition to major jungle modifications and gold and experience tweaks. Most notably, Rod of Ages has returned to League.

Rod of Ages has returned to the game after being dismissed for two years. The item is now categorized as Mythic, and it has, as predicted, undergone a number of upgrades. So, let’s contrast the old and new item iterations to observe how the item has evolved through time.

Unique Passive – Eternity: Restore mana equal to 15 percent of damage taken from champions. Restore health equal to 20 percent of mana spent, up to 25 health per cast, while toggle abilities can heal for up to 25 per second.

Passive: This item gains 20 health, 20 mana, and four ability power every minute, up to 10 times, for a maximum of 200 health, 200 mana, and 40 ability power. Upon reaching max stacks, gain a level and all effects of Eternity are increased by 50 percent. (Note: this will not increase the level cap of 18)

Unique Passive – Eternity: Restore mana equal to eight percent of premitigation damage taken from champions, and health equal to 20 percent of mana spent, up to 15 health per cast. Toggled abilities can only heal for up to 15 per second. For every 250 health or mana restored this way, gain 25 percent decaying move speed for two seconds.

Rod of Ages was once a Legendary item, but the new version is a Mythic item, making the preseason version more expensive to obtain.

In terms of raw stats, Rod of Ages has remained mostly unchanged, with the single exception being the level of mana you receive. The build path is also nearly identical, with the newer version having one additional Amplifying Tome to explain its higher price.

The passive of the item also remained nearly untouched. The only tiny change Riot made to emphasize the item’s late-game scaling is that when you achieve full stacks, you gain a level and all Eternity effects are enhanced by 50%.

The most significant change item got is its new unique passive – Eternity. The old version of the item would restore mana equal to 15% of champion damage absorbed and health equal to 20% of mana expended. New Rod of Ages only recovers mana equivalent to 8% of the damage taken from champions, and health equal to 20% of the mana expended. Furthermore, for every 250 health or mana regained in this manner, you earn a 25% decreasing move speed for two seconds.

Rod of Ages will continue to be suited for high-health mages such as Ryze, Swain, Kassadin, and Anvia. All in all, the new Rod of Ages seems promising and it should be added into many champions’ core build later on.