The Infamous Ryze Combo R + Zhonya is Back? 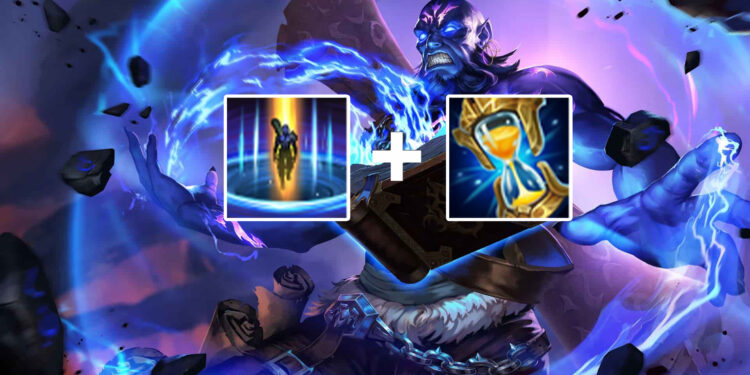 One of Ryze’s most iconic combos after being reworked that was deleted in 2018 has mysteriously reappeared in League of Legends patch 11.13, and it’s unclear to understand why.

In the latest video uploaded by Vandiril, he showed us this R – Zhonya Hourglass combo has returned into the game. What doesn’t make sense is how it’s returned, considering neither Ryze nor Zhonya’s have received any buffs or nerds or changes since the latest patch 11.13.

This most likely indicates that the combo has magically reappeared without any interference, and it is only a matter of time until Riot eliminates it once more. Until then, players will be able to play with the R + Zhonya combo.

When playing the champion in 2018, this combo was frequently used in both normal and competitive games. Casting Realm Warp (R) and then entering stasis with Zhonya’s Hourglass or a Stopwatch completes the combo. This combination allows Ryze to perform his ult securely with a 100% success rate, without the risk of opponents targeting him and interrupting the cast.

Riot eventually determined that this combination was too powerful and removed it entirely in February 2018. It was removed by causing the effect of Zhonya’s Hourglass to cancel the Realm Warp (R) channel, which was a major nerf. This was significant enough to affect Ryze’s popularity. Until now when this feature comes back in the game.

Ryze has been one of the weakest picks in the Mid lane with one of the lowest win rate in the entire game, along with Lillia in the jungle. Ryze is still seen on the professional stage in a few games, but he is frequently countered by other champions. Players may pick Ryze more frequently and perform better with him now that the combo is back in the game. Players should not get too happy, though, because Riot will most likely delete this combo again. After all, it does not appear to be intentional.