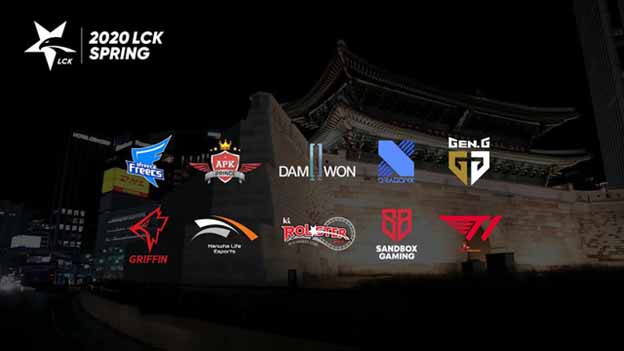 Due to the complicated situation of the COVID-19 translation as well as the professional requirements of the LCK Final, this is considered the most reasonable solution to end the tournament smoothly. LCK 2020 Spring Split finals

Recently, the Korean eSports Association – KeSPA has officially announced the organization of the finals of the Korean Professional League of Legends – LCK Spring 2020. Based on the issues related to expertise, and the complicated situation of the COVID-19, the final match of the Spring tournament will be held at LoL Park in the form of offline competitions, provided that strict protection measures are followed health and social spacing.

In general, the organization of online competitions can only be applied to group matches. Because in fact, technical problems are inevitable, for example, there were quite a lot of matches in the second round of the LCK group stage last time had to be interrupted because of transmission problems.

And obviously, this can’t be repeated in a game that will determine the entire season like the Finals, so a return to LoL Park is necessary.

In addition, in order to continue to meet the requirements of social isolation to prevent the Covid-19 epidemic, this Final will also take place without the audience, similar to the group stage matches at home in the early stages of the season.

In addition to the LCK, a number of other tournaments such as LCS, LEC are also considering organizing offline tournaments in the final with no audience.

The first KeSPA cup was hosted in 2005 as a tournament to allow professional StarCraft teams to play against amateur teams. Events were also held for Special Force, Kartrider, and FreeStyle Street Basketball. The second event was held in 2007 at Sejong University and also included WarCraft III and Counter-Strike.

In 2014, seven years since the last event, KeSPA Cup was brought back for its modern iteration and it has been held every year since. StarCraft II was the only game that had a tournament in the relaunch of the initiative and it featured 16 of the year’s best players playing for 8 million South Korean won. The following year, two tournaments for StarCraft II were held, the first in May and the second in July. League of Legends was added as one of the events in 2015.

In 2016, Alex “Neeb” Sunderhaft became the first non-Korean StarCraft player to win a major Korean tournament in sixteen years after winning the 2016 KeSPA Cup. The previous non-Korean champion was Guillaume Patry, who won the first OnGameNet StarLeague in 2000.